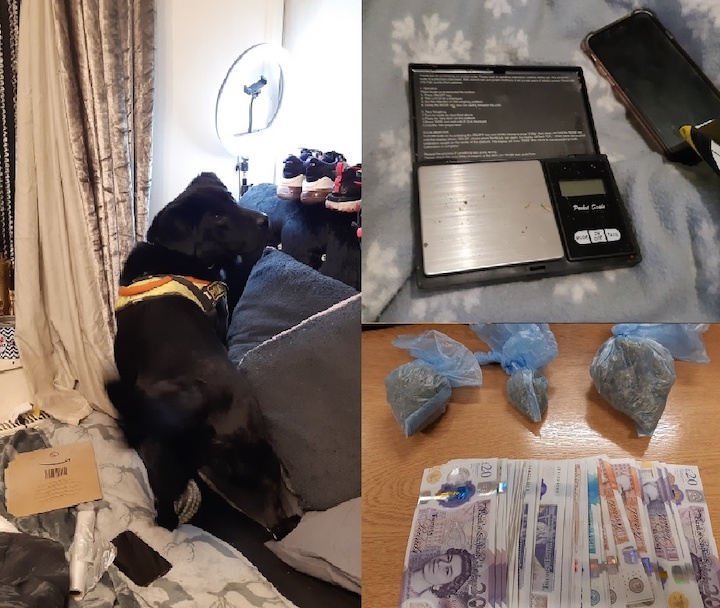 A woman was arrested and a quantity of suspected drugs recovered after a warrant was executed in Leyland.

After a search of the property, items were recovered including suspected cannabis, cash, cell phones and weighing scales. A woman was arrested at the scene by officers.

A 34-year-old woman from Leyland has been arrested on suspicion of drugs – possession with intent to supply – other than Class A. She is currently in custody.

A Lancashire Police spokesperson said: ‘Anyone concerned about the drug supply in their area should call 101. In an emergency always call 999.’