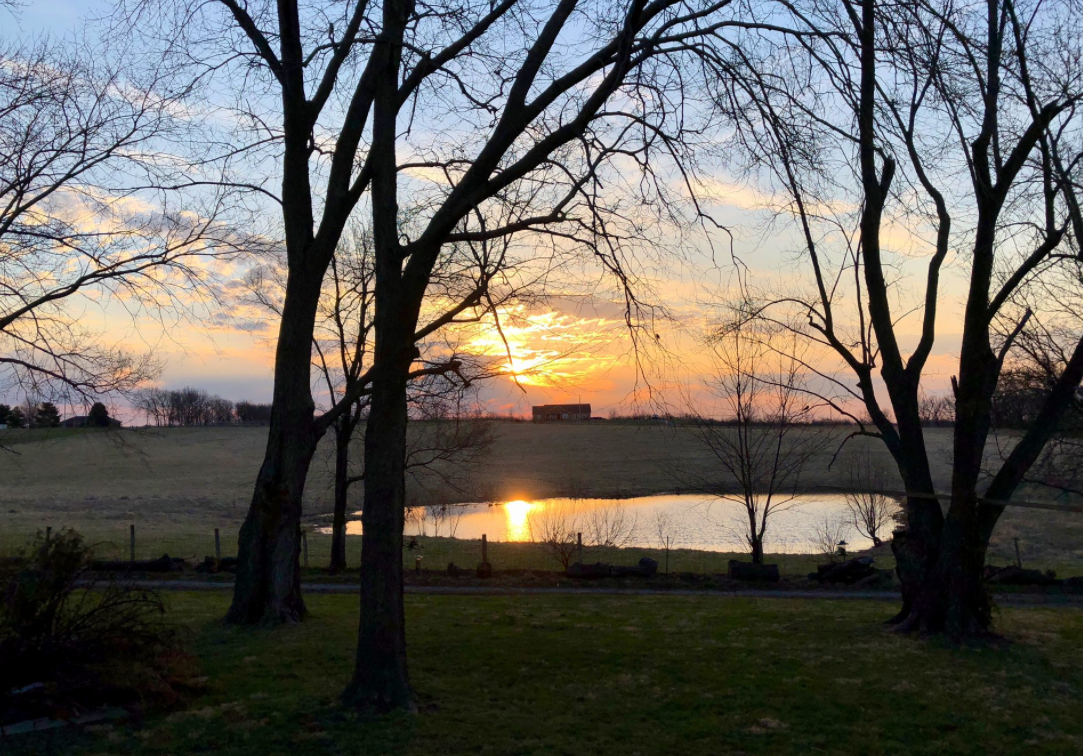 This week will be everywhere again, in terms of temperature and when it comes to storms. There will be significant windy warming tomorrow, then a fairly significant drop in temperatures on Wednesday with a small chance of a few random snowflakes perhaps early Thursday.

Needless to say it will get colder and colder as the week progresses. There is also a risk of severe weather later tomorrow evening.

So there’s a lot going on.

Today: Partly cloudy and seasonal with highs in the upper 50s. Regular SE winds around 15-20 MPH with gusts to 25 MPH

This evening: Partly cloudy, windy and not as cold with lows in the 40s

Tomorrow: Variable, windy, warmer clouds with highs well into the 70s. You will also start to notice the increase in dew points as the day progresses. Winds gusting to 30-40 MPH Possible storms after sunset

Wednesday: Morning scattered showers, breezy and getting colder with temperatures dropping into the 40s

Well, at least we saw plenty of sunshine over the weekend. There were actually a few reports yesterday morning of some sleet. All in all it was a decent but cool weekend. Looks like it’s been a cool to cold month BUT we have about 0.6° above average so far this month.

There’s more to come with our next system.

This system is currently off California.

Let’s climb to about 18,000 feet and follow the AC system as it enters the Plains tomorrow morning.

You can see almost 3 systems dancing around each other. The main one runs just south of the subway…another runs northwest of the subway and a third falls on us later Wednesday or Thursday.

There’s a lot going on.

Today will be a seasonally cool day for March…a few degrees below average. Tomorrow there will be a windy warm up… strong winds aloft will mix on the surface and gusts could approach 40 MPH. This will send temperatures skyrocketing into the 70s. So back to the shorts weather.

The other thing you will notice is that there will be an increase in humidity/dew points. Take a look at the EURO dew points as we start the day at 7am…

and when we arrive mid afternoon… 4pm

Thus, dew points will increase when strong southerly winds bring in moisture from the Gulf.

Also notice the drop in dew points in central KS…it’s a dry line that will separate the humidity of the gulf from the drier air of the western plains. This line represents a possible trigger for thunderstorms later in the day or in the evening.

There are a few questions in my mind, however, how and when this is happening. Sometimes in these situations, especially with this 2nd wave lifting towards the NW of the metro… you get a first surge of storms developing this gust towards the NW MO. They will shoot.

Then we kind of wait a few more hours on the subway. While we wait…the sun has set…and the atmosphere is stabilizing to some degree. There should still be some instability even after 9 p.m. Tuesday night…and with the winds above us blowing at 55 MPH+ at 5,000 feet… it certainly won’t take too long to get a gust of wind stronger to come to the surface…maybe even hail too.

The SPC has the area in a level 2 risk for severe storms…this is considered a “slight” risk.

So that’s on the table for later tomorrow night. Whatever happens, storms will fly ENE and NE at nearly 50 MPH or more…

The cold front itself will move towards dawn Wednesday morning. Since the winds above us will still be from the SW -> NW, there will probably still be some areas of rain behind the front… so Wednesday there will be a high at 12:00 in the 60s probably with a high l afternoon in the 1940s.

On Thursday the 3rd wave spins around and through the area…there is a small chance of rain/snow showers with that also in the morning at least. Looks cold and raw too that day with afternoon highs only in the mid 40s more or less depending on whether we have clouds to break in the afternoon, what I think we’ll see.

There could be another system on Friday too. It looks like they’ll be coming our way every 3 days or so…so no prolonged spells of dry weather are likely at this point with lots of temperature swings from cool to mild to warm to cool…probably as well in the 1st 2 weeks of April.

Background photo is by Matthew Reinschmidt