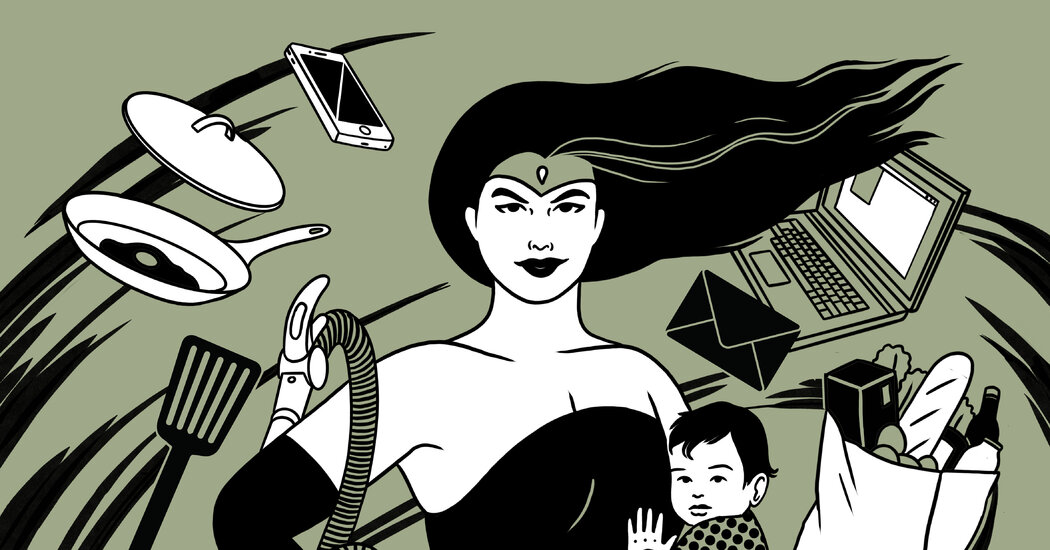 What many mothers need is a “great daddy or a great partner,” Ms. Porgrebin said. “We should all be putting the same amount of energy into achieving the same goal, which is to have a house that works efficiently and to raise happy and energized children. “

While men do more than before when it comes to childcare and housework, women in two-parent heterosexual partnerships – around 60 percent of families – spend more six to 8.5 hours more one week at unpaid household chores such as babysitting and cleaning. Or, as Dr. Vandenberg-Daves put it, “In heterosexual families, men often do more than their fathers, but less than their wives. (She points out that there is often more parity in LGBTQ families.) And men can still do different parenting work than their wives: more pleasant stuff, less difficult stuff.

“When men started to get involved in childcare, childcare started to divide between the fun parts – like going out in a sleigh – and the filthy parts, the maintenance parts and the fun. enrichment, such as putting away toys or diapers. Ms. Pogrebin said. “Who skips half a day’s work to get to the annual pediatrician visit? Who stays home when sick? Who gets up in the middle of the night? I submit that if you have two people raising children, ask who knows their shoe sizes and you will know who the primary parent is or if there is fair responsibility for these tasks.

Nowadays we have more cultural role models of caring men – think celebrities like John legend Where Chris Pratt springing from fatherhood and wanting to get involved in the lives of their children. But, said Dr Vandenberg-Daves, we skipped the hard work of analyzing different tasks and roles: “We never really trained men to focus on what gender equality looks like in the workplace. families. We do not have any Working father magazine like we have a Working Mother magazine.

One way to start creating a more equitable household, suggests Ms Pogrebin, is to simply get a notepad, draw a line in the middle, and divide the chores so it’s even between the parents.