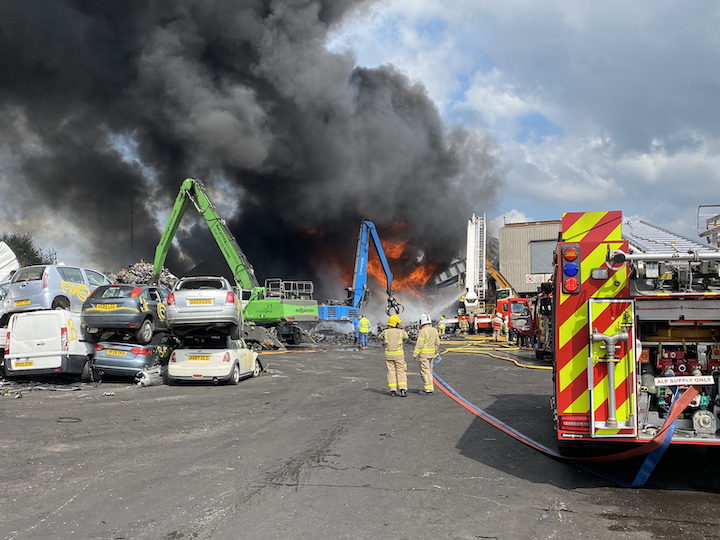 Firefighters are battling a massive blaze in the Rough Hey industrial area.

Ten fire engines are on the scene as well as two aerial ladder platforms.

Firefighters are working alongside crews on site to put out the blaze, which involves around 200 tonnes of pre-shredded cars and metal.

On Twitter, Lancashire Fire and Rescue Service shared videos from the scene.

The fire involves around 200 tonnes of pre-shredded cars and metal. Burnley’s high volume pump arrived at the scene to help raise the volume of water in the ground from the incident. pic.twitter.com/d9P1z7aU2U

Drone footage from Stephen Melling also showed the extent of the fire.

Longridge Road is closed from Bluebell Way to the junction with The Hills, due to the incident.

Preston Police have asked people to avoid the area, as well as J31A of the M6 ​​due to smoke circulating on the carriageway.

Anyone who can see or smell smoke is advised to keep windows and doors closed.