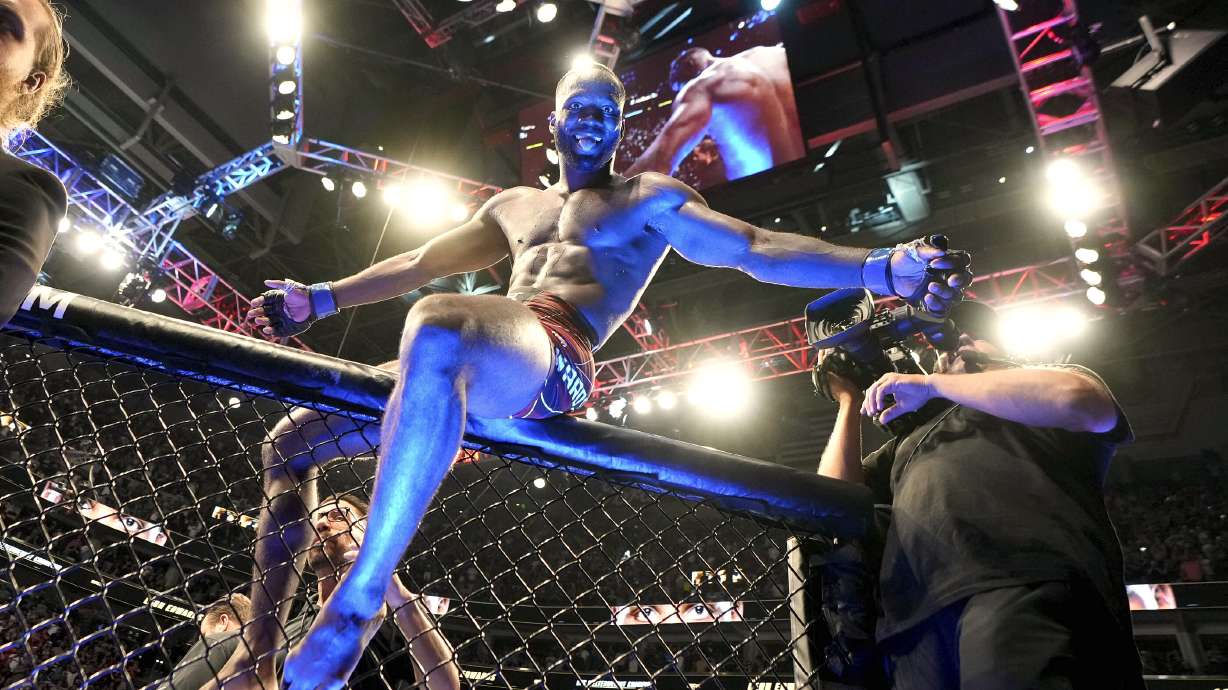 In his first UFC fight since January 2021, Amir “The Prince” Albazi tried to prove the deepest flyweight rankings of the world’s best MMA promotion.

And with a 4:34 submission from Francisco Figueiredo, he proved he was still on top.

The world’s 11th-ranked flyweight moved to 15-1 with a rare neck choke, hammering Figueiredo into submission after landing 23 strikes with two takedowns.

“I called that rear naked choke in the first round,” Albazi said. “We also have footage of it; I was saying if I put this guy on his back, he’s finished.

“I was already three steps ahead. … The Prince is back.”

After nearly 18 months away from UFC competition, it was good to be back, indeed.

“It’s just the beginning. It’s another step towards the belt.”

ALBAZI DOES IT IN ONE 😤

Albazi thinks he is less than three fights away from challenging for a title. Of course, he admits things can change, so he’s just hoping to fight 2-4 more times next year to get to that point.

One of them could be close to his hometown of Baghdad, Iraq: UFC 280 in Abu Dhabi, United Arab Emirates on October 22.

“Right now it looks like Moreno is fighting Figueiredo, if he falls. Let them keep fighting, and I’ll keep climbing the ranks,” said Albazi, who fights from London.

“Abu Dhabi seems like a great place for me (for the next fight),” he added. “It’s my people, I’m the Lion of Iraq. … I fought in Abu Dhabi twice and loved it.”