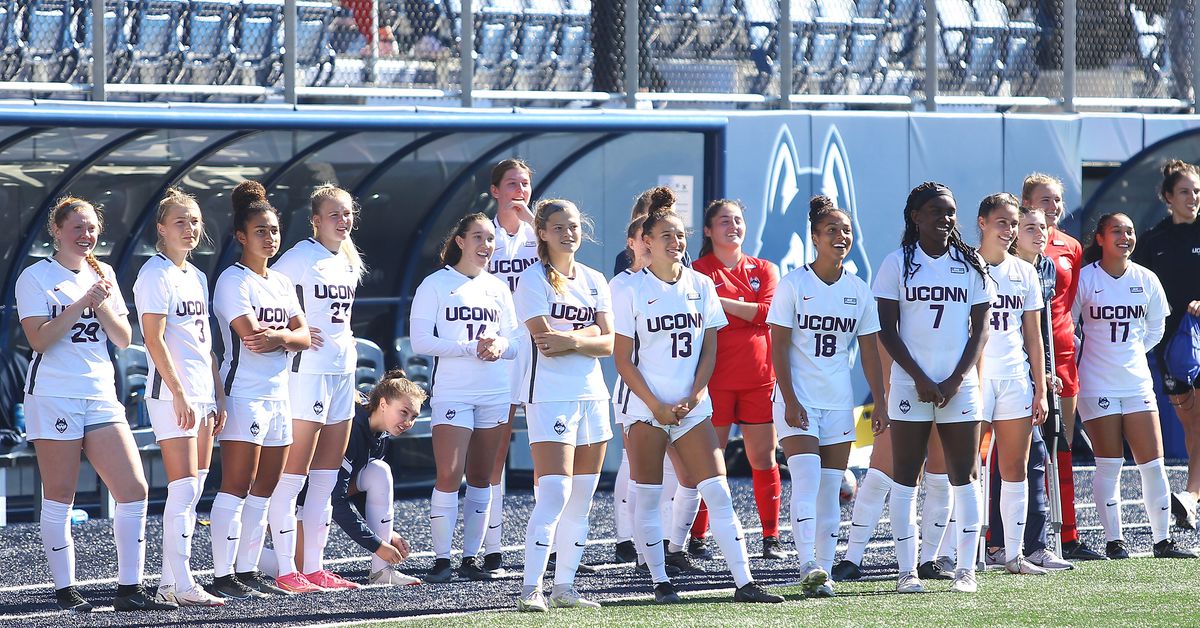 The curtain is starting to rise on the 2022-23 sports season for UConn, as the women’s soccer team, which typically plays the first competitive event of the fall, released its 2022 schedule on Wednesday.

Margaret Rodriguez’s side, which finished 9-8-1 last year and won the 6th seed in the Big East tournament in 2021, will have a 17-game regular-season schedule in addition to two exhibitions: a on the road against UMass (August 9) and one at home against Quinnipiac (August 13).

The season opens with a two-game road trip to New York with games against Army (August 18) and Syracuse (August 21). The Huskies will then play four of their last five non-conference games at home, split into two two-game home games separated by a trip to Northeastern (Sept. 4).

The first two games will be against South Carolina (August 25) and UMass Lowell (August 28), followed by an in-state contest against CCSU (September 11) and Yale (September 16)

UConn will then enter the Big East game, in which it finished 5-4-1 last season. The team’s first two league games will be on the road, facing Creighton (September 22) and St. John’s (September 25). The Huskies will also travel to Marquette (Oct. 2), Xavier (Oct. 9) and Villanova (Oct. 20).

The Big East home opener will feature Georgetown (September 29). Games at Morrone Stadium will be concentrated at the end of the season, as four of the conference’s final five games will be played at home. UConn welcomes DePaul (October 13), Butler (October 16), Providence (October 23) and Seton Hall (October 27) to Connecticut.

The six-team Big East tournament kicks off on October 30. The semi-finals will take place on November 3, followed by the final on November 6. Each match will be played at campus venues.

UConn will play seven games against last season’s NCAA Tournament field, as the Big East sent five teams to the 64-team tournament in Butler, Georgetown, Providence, St. John’s and Xavier, while CCSU and South Carolina were also part of the tournament.

You can view the latest schedule, updated throughout the season with results, here.