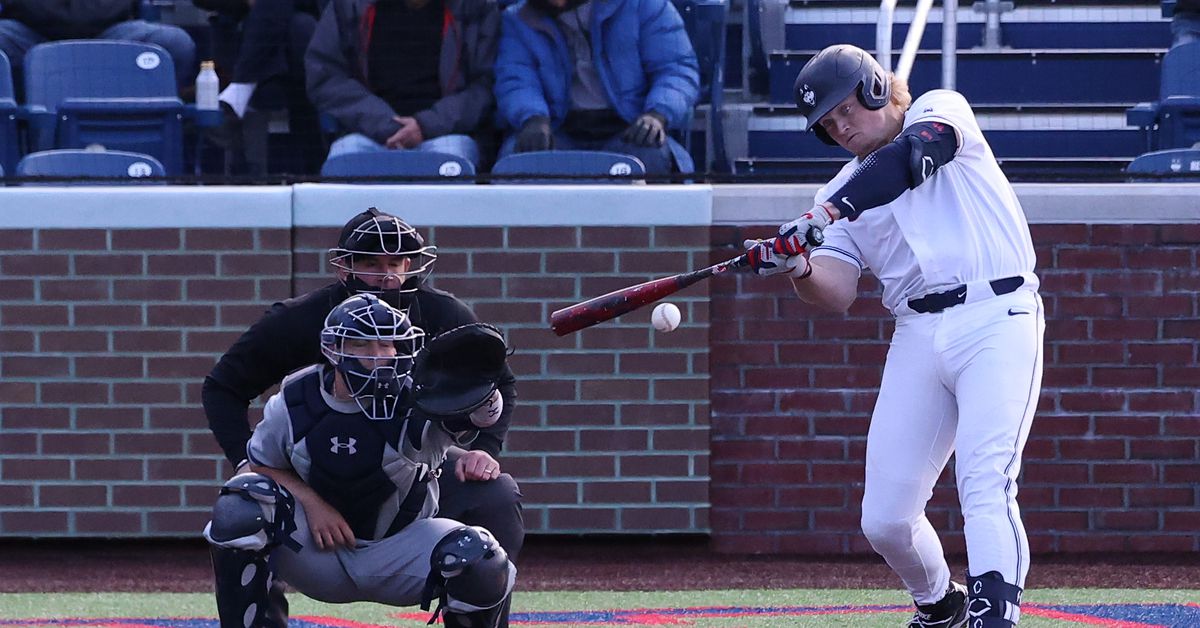 UConn baseball rode its midweek schedule again this week, earning victories over regional opponents Northeast and Yale, moving to 34-8 on the season.

Ahead of two of their toughest conference series of the season, against Creighton the weekend of May 6 and against Xavier the following weekend, the Huskies need to rack up all the confidence wins they can get.

Here’s how this week’s matches went.

It took longer than the allotted nine innings to do so, but the Huskies managed to pull off a 5-2 victory at Northeastern on Tuesday afternoon.

The Huskies were down 2-0 in the seventh inning when third baseman Zach Bushling hit a double against the wall in left field, and Ben Huber brought it home with an RBI single. Christina Fedko in turn brought Huber home to tie the game at two, and that score would put her in extra innings.

In the 10th inning, the Huskies managed to get traffic on the base paths. David Smith started the rally getting hit by a pitch, then the Huskies were able to charge the bases. UConn went forward on a batter with the bases loaded, and Bushling put the nail in the coffin with a two-run RBI single to make it 5-2.

Southpaw Brendan O’Donnell took the win, as he managed the ninth, and closer Justin Willis relieved him with a tenth inning 1-2-3 to grab the stoppage.

UConn baseball returned home to Elliot Ballpark on Wednesday afternoon and continued the momentum of its big comeback win with an 8-4 win over Yale.

The Huskies took an early lead, scoring in each of the first five innings, and managed to fend off a late Yale comeback to claim their third straight win.

Erik Stock and Ben Huber opened the scoring with an RBI double and RBI single respectively in the first inning. Huber led the Huskies on offense in the game, going 4 for 5 with three doubles and three RBIs. Freshman wide receiver Matt Garbowski returned to the lineup as the designated hitter after three weeks on the injured bench and delivered offensively, going 2-for-3 with an RBI double.

The Huskies scored six runs through the first five innings and added two more in the eighth inning for insurance.

Ian Cooke threw another gem on the mound, closing the Bulldogs with five scoreless innings to go 7-0 on the season. The Huskies bullpen was shaky after he left, allowing all four runs in the seventh inning or later, but the home side managed to hold on for the win, as Willis entered the game to win the last two withdrawals.

UConn’s next baseball series will feature a trip to Indianapolis, on Butler’s route. Game 1 of the series is Friday at 4 p.m.