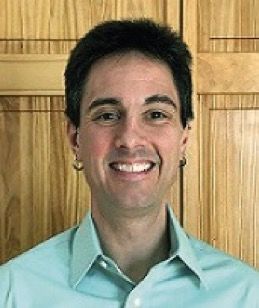 Do you remember your first time? Maybe it was a tie-dye party. Maybe you’ve seen marker pigments spread on a paper towel soaked in liquid. Was it a few crawling stains on a plate in organic chemistry class? Perhaps it was about pressing the plunger of a syringe and seeing what was once invisible transform into beautiful Gaussian art flowing through a chart recorder or computer screen. At any time, if you’re reading this journal, you’ve most likely applied chromatography and remember the first separation that sparked your love for the field. That magical moment you felt was more than a growing poetic memory. In fact, that was probably the time when you were most apt to learn chromatography… or… apt to learn anything!

I recently read a wonderful book called “Beginners: The Joy and Transformative Power of Lifelong Learning” by Tom Vanderbilt (2021 Penguin Random House). At first glance, this has absolutely nothing to do with chromatography. The author pursued what some might consider a self-indulgent experience in learning a variety of new skills as a middle-aged adult. How on earth does a book about a journalist trying to learn to surf, play chess, juggle, and a few other adventures have anything to do with becoming a better separation scientist? Interestingly, throughout his journey, the author made frequent stops with top researchers in the field of learning to understand what changed in him as each skill was attempted. What was most fascinating was that regardless of the task, the pattern was similar and confirmed by science. We learn best when we tackle something new. Additionally, if we can revert to childlike innocence, our ability to acquire skill (not to be confused with mastery) is quickly accelerated. Our steepest learning curves come when we stray from skills that we dismiss as already acquired. For example, learning to sing at a level for public performance or drawing beyond doodles is so hampered by already ingrained mindsets that advancing those skills is more difficult than learning something entirely new. Consider how much harder it is to learn a second language as an adult, when your brain has already learned to converse, versus like a child who has never had to schematize a sentence in English.

During his trip, Vanderbilt visited the Infant Action Center at New York University’s Center for Neural Science. When learning to learn, it makes sense to watch babies as they grasp the basics. As every parent knows, babies learning to walk tend to fall. A lot. During months. In fact, those who fall more frequently tend to eventually overcome walking. faster than those who hesitate to test gravity. They also get faster vertical mobility by trying many variations, random walk if you will, many of which attempts don’t work. It is the process, however, that leads to ultimate success. Babies are lucky because they have inherent advantages in these falls, with built-in padding and flexible bones. Adults are more rigid – both physically and mentally. As we age, we tend to become more defensive and protective of our bodies. We know we are more brittle, as a lifetime of experiential cuts and bruises (possibly hospital trips) will testify. We also more carefully guard our perception of ourselves. “I can’t use this new Supercritical Fluid Chromatography (SFC) instrument because it’s different software, there are parameters I don’t understand and I’ll look stupid to my colleagues .” Yet this example, assuming you know of another area of ​​separations, is a perfect opportunity, as it is probably in the zone of proximal development. It’s an optimal learning space between what you can do without help and what you can do with a little help. It may seem impossible at first, but it’s closer than you think.

Ideally, we would all have the time, money, and support to take in-depth courses with personalized coaching on the skill we want to advance. In the real world, there are likely low-resource opportunities in our daily lives to advance our separation skills. When trying to elevate something that has become routine, the key to advancement is variable learning. A runner who takes the same path at the same pace will quickly plateau in their training. If they add sprint intervals or hill climbs or anything new, they will make more progress. A chromatograph who runs the same gradient on that 5 µm C18 column every day could also benefit from a change. If your environment disapproves of such deviations, other avenues exist. If you are a scientist with a passion for Gas Chromatography (GC), take a chance and read this article a few pages down on Liquid Chromatography (LC) (and vice versa for people in the liquid phase). Curious to know what’s going on in that mass spectrometer at the exit of your column? Go to www.Chromacademy.com and browse the content available (there’s tons of it for free). Lucky enough to attend a conference (hope we’ll see many of you at Pittcon 2023 for the ACS SCSC Annual Meeting!)? Try attending a session outside of your comfort zone. You can also take a lunch break and watch a webinar outside of your daily sphere, for example at www.ACS.org/content/acs/en/acs-webinars.html. A pharmaceutical scientist may find the latest advances in forensic technology to be a breakthrough innovation in their own field. The key is not to be a robot performing the same routine. Tangents aren’t just for advanced integrations.

A key lesson from the book is that the new specific skill didn’t really matter. Learning a new talent aided subsequent attempts at other new skills. Scientifically, you can read about neuroplasticity in the book. I prefer to think of it as becoming more comfortable with falling and getting back to my childhood mindset. Wander through the shelves of your local library and pick up a 101 book on whatever ignites your passion, whether it’s coding or cooking. Download a new language course and listen to it while commuting. Sign up for this community plumbing course, which will also be directly applicable to LC and GC! Go ahead and indulge in this new skill, whether it’s juggling, blacksmithing, or multi-dimensional splits. Learn to relearn!

Jonathan Shackman is Associate Scientific Director in the Chemical Process Development Department of Bristol Myers Squibb (BMS) and is based in New Jersey, USA. He received his two BS degrees from the University of Arizona and his Ph.D. in Chemistry from the University of Michigan under the supervision of Professor Robert T. Kennedy. Prior to joining BMS, he held a National Research Council position at the National Institute of Standards and Technology (NIST) and was Professor of Chemistry at Temple University in Philadelphia, Pennsylvania. To date, he has authored over 30 manuscripts and two book chapters. He has presented over 30 oral and poster presentations and holds a patent in the field of separation science. Jonathan proudly served on the ACS Subdivision of Separations Chemistry and Chromatography (SCSC) Board of Directors for three terms.