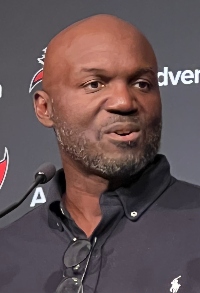 Judging by opponent records in 2021, the Bucs have a tough climb to match the 13 wins they earned last season.

One of the Joes is outraged by the four letters for suggesting the Bucs will only win nine games. The other Joe doesn’t think that prediction is that far off. Of course, BSPN goes a long way on last year’s records, as Jenna Laine points out.

Bettors have the Bucs’ win total at 11.5. They managed to go 13-4 last season despite their receiving corps being decimated by injuries in the final quarter of the season. But that was against a schedule ranked 29th, according to the FPI, with opponents finishing a combined 126-145 the previous year. This season, the Bucs’ opponents finished a combined 154-134-1 in 2021.

Maybe Joe is being a little subjective here, but he trusts Vegas sages more than a restless Bristol dude whipping up his own Excel spreadsheet.

Former Bucs coach Dirk Koetter always reminded reporters that around a third of a team’s roster changes every season. So it’s a roll of the dice to bet on last year’s records to determine this year’s wins and losses.

So, is the Bucs schedule really intimidating? Or is it more bark than bite?