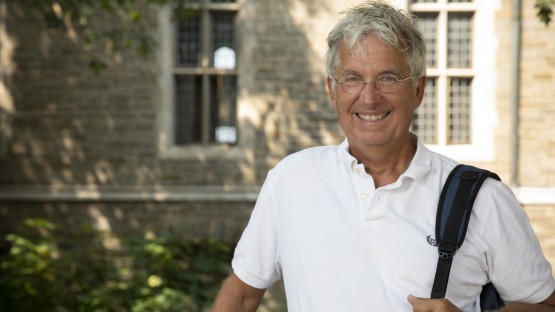 Charles “Charlie” Van Loan could not easily get away.

In 2016, Van Loan, Joseph C. Ford Emeritus Professor of Engineering in the Department of Computer Science, retired from Cornell after an estimated four-decade academic career at the university – but he immediately began serving as dean of the faculty the same year. .

In 2020, he volunteered again to stay, for an additional year in this post, “after it became clear that the COVID-19 pandemic would ravage the way we run the place,” a- he declared. “It was a ‘don’t give up ship’ thing.”

As a professor and dean of the faculty, serving as an advocate and liaison for more than 1,700 faculty members to the Cornell administration and the wider academic community, Van Loan was known to excel at skillful translation. of complex problems, facilitating communication and decision-making. , and by seeking consensus, all with a transparent, honest and good-humored approach.

“I am very happy to have stayed this extra year working with colleagues, students and staff on one difficult problem after another,” Van Loan said of his and the university’s efforts to tackling the upheaval caused by the pandemic – helping professors figure out how to move all classes online last spring, find new ways to communicate effectively throughout the crisis, and prepare for blended teaching and extensive public health and testing protocols as a “new normal” fall semester began last year.

“It was a gigantic teaching moment for me – an opportunity to rethink just about everything associated with the profession, using everything I have learned since I started in 1975 as an assistant professor of computer science.” , did he declare.

“Charlie is the accomplished community member – always listening to others, making sure everyone is included and trying to build consensus,” said Provost Michael I. Kotlikoff. “That, coupled with his humility, lack of mistrust, and honest and straightforward mannerisms are the keys to his effectiveness.”

On May 28, Van Loan was thanked and honored by the Cornell Board of Trustees, along with Paul Streeter, MBA ’95, retiring as the university’s vice president for budget and planning after a 35-year long and distinguished career with Cornell, awarding him the title of Vice President Emeritus of Budget and Planning; and Madelyn Wessel, who is retiring as Vice President and General Counsel after having held the position since 2017, the culmination of a four-decade legal career.

Van Loan “is appreciated for his unique style,” said a board resolution, “firm but not confrontational; humble, honest and straightforward; always listening to voters but not shying away from unfounded criticism and, in so doing, building lasting trust. “

The resolution continued, “In the face of the stress and uncertainty of the coronavirus pandemic and the evolving response of Cornell to it, Charles Van Loan has indeed become the face of the university for many members. of the faculty, holding daily Zoom office hours in the first few weeks of the pandemic where it offered reassurance, communication and support, which evolved into weekly, then bi-weekly office hours, which earned it the continued gratitude and respect of his colleagues.

Van Loan will succeed the Dean of the Faculty on July 1 by Eve De Rosa, Associate Professor of Human Development at the College of Human Ecology. Her election marked the first time Cornell Faculty has selected a woman and a person of color for the post.