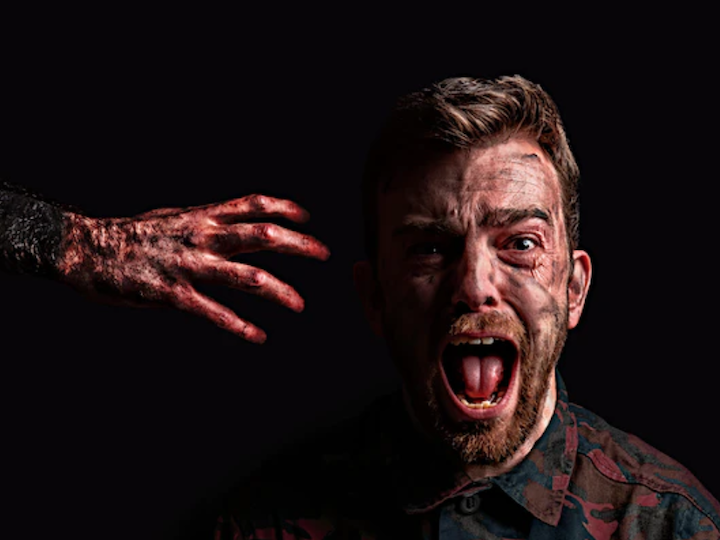 A show inspired by Netflix hit Stranger Things is coming to Preston.

With spooky jumps aplenty and nostalgic nods to movies of the past, Shock Horror is meant to take audiences on a thrilling journey into the depths of the human psyche.

The story follows Herbert (Moran), a horror movie fanatic. Raised in a cinema that only showed horror and hidden away by his deranged mother, Herbert developed a talent for making his own films.

Back at the abandoned cinema he grew up in, he presents his best film yet – Shock Horror – but something might be lurking behind the curtain.

Award-winning writer and director Ryan Simons (Tea With The Reaper; Demon Eye) drew inspiration from classic horror films of the 70s and 80s.

Simons said, “I’ve always wanted to write horror for the stage. There’s something so nerve-wracking and unavoidable about watching it live.

A promo for Shock Horror can be viewed below or at Youtube.

Shock Horror is Thunder Road’s seventh production following the sold-out success of The body thiefreleased in Preston in 2019.

Shock Horror is on view at the Media Factory on Friday November 4 and Saturday November 5 at 8 p.m. Tickets are available from Eventbrite.