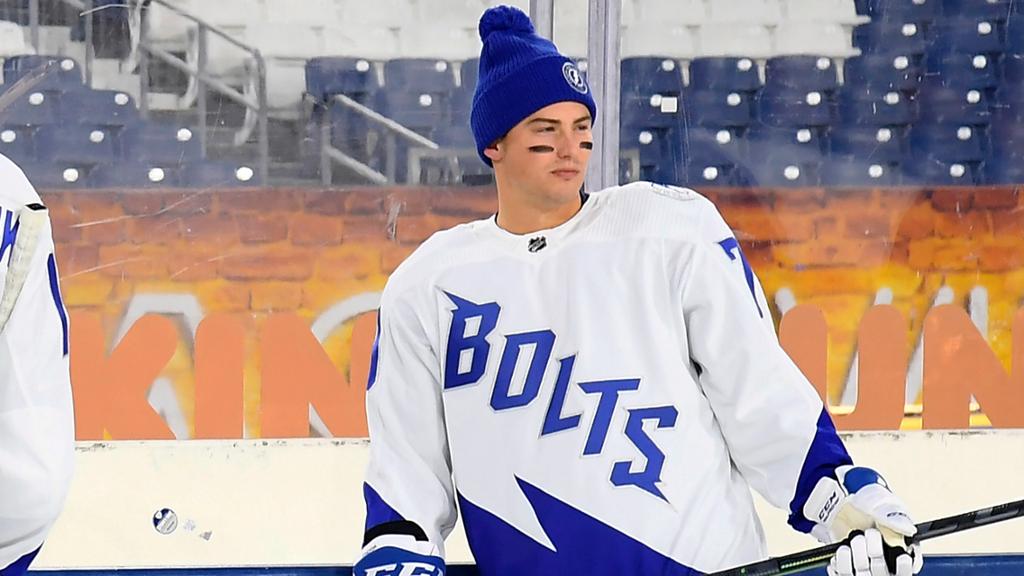 In his first entry, Colton talks about preparing for his first outdoor game, practicing outside and walking around Nashville.

I haven’t played in an outside game and I’m excited.

Practicing outside was a bit different, we had glare, big lights and so on. But you know, we’ve played in some big games the last two years, so I don’t think it’s going to be anything too crazy. Just a lot more capacity — a lot more. So right now it’s gonna be cool when we start warming up and looking around and saying “Wow.” It will be something different.

I like country music. I don’t turn it on every time I drive but if I do I’ll listen to it. I haven’t been to Nashville either, like downtown, except when you come to play against the Predators. My buddies and I have always talked about coming here and having a weekend.

I had the chance to walk around today. Once we walked in, my parents arrived yesterday, my girlfriend’s parents too, so I walked around the center of town with them for a bit, but it was a bit of a mess and you couldn’t too well you move through the streets, and there were people asking for autographs and pictures so it’s kind of like “Yeah, maybe we should stop this”, but you know, that’s what it’s about.

As far as the game goes, just going out there with my teammates is going to be something special. Family skateboarding is something I’ve been looking forward to, just to share it with my family. Unfortunately, my brother couldn’t make it, he’s currently a playoff coach (for Villanova of the Eastern Collegiate Hockey Association), so he couldn’t make it. But having my mom and dad there, they’ve done so much for me in my career, so taking a few pictures with them, just little moments like that to look back in a few years, that’s what it is.