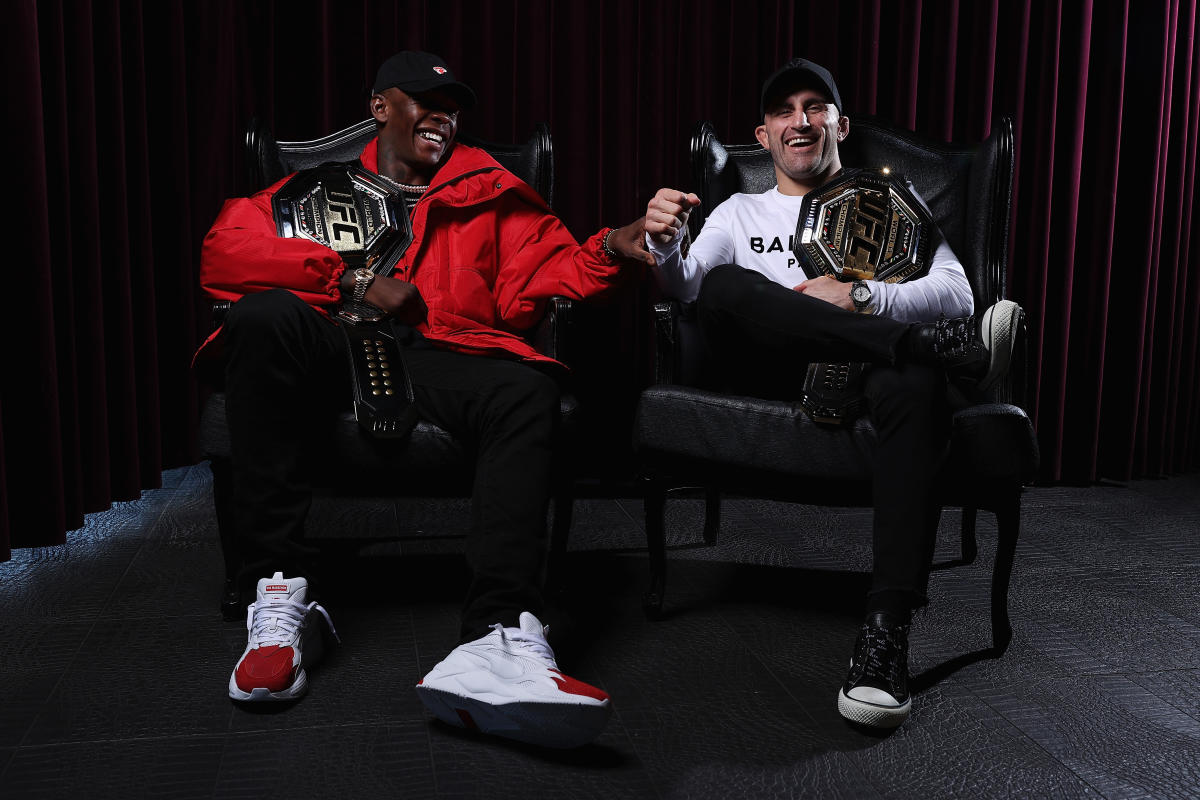 A packed fight card featuring a pair of title bouts involving three of the world’s top 6 pound-for-pound fighters is scheduled for UFC 276 on Saturday at T-Mobile Arena in Las Vegas. Middleweight champion Israel Adesanya, ranked No. 3 pound-for-pound, will defend his belt against hard-hitting challenger Jared Cannonier in the main event.

Featherweight champion Alexander Volkanovski, who the UFC ranked No. 2 pound-for-pound, defends his belt against No. 6 Max Holloway, a former champion, in the co-main event.

Adesanya promised a breakthrough win over Cannonier, a former heavyweight who is 5-1 in his six fights since moving up to middleweight.

Adesanya has made four consecutive successful title defenses since knocking out Robert Whittaker in Round 2 of UFC 243 on Oct. 6, 2019, to win the middleweight championship.

Yahoo Sports’ Kevin Iole is at T-Mobile Arena for the festivities and will have full coverage of the event. Follow our live blog below for updates, highlights and blow-by-blow analysis.

What TV channel is UFC 276 airing on?

The pay-per-view portion of UFC 276 begins at 10 p.m. ET and is available in the US on ESPN+ PPV for $74.99. The prelims will air on ESPN+, but will also be available on ABC and ESPN beginning at 8 p.m. ET. Bantamweights Jessica-Rose Clark and Julija Stoliarenko kick off the first prelims at 6 p.m. ET on ESPN, ESPN+, and UFC Fight Pass.