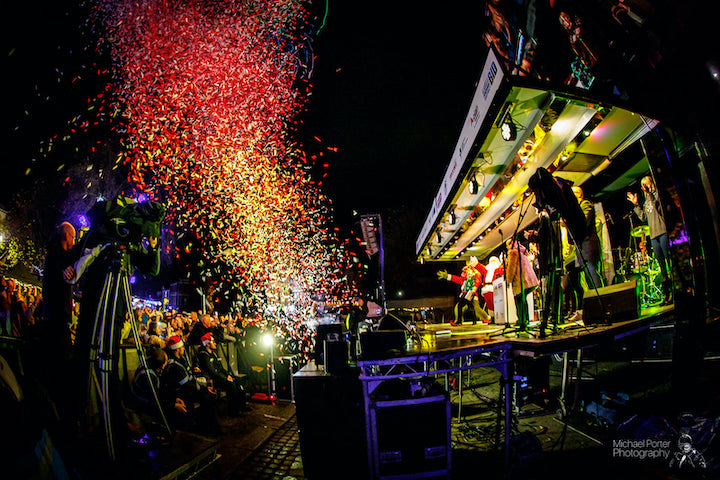 Preston’s Christmas lights are set to be turned on on Saturday, November 19 after the Switch On event, which kicks off from 5:30 p.m.

The show, which takes place in the city’s Flag Market, was organized by Preston BID in partnership with Smooth Radio North West and funded by businesses in the city centre.

The free event, which officially kicks off the Christmas trading period in Preston, is sponsored by Bar Pintxos, Guild Hall Sales and Lettings, NWL Chamber of Commerce and TalkTalk.

The Switch On, which regularly draws thousands of people, will once again feature live performances from special guests, before the switch is flipped.

Cult TV figure Sean Williamson (Barry of Eastenders and star of Ricky Gervais Extras), who recently performed with Sam Fender, will lead the audience and willing participants on stage in a huge celebratory chant ahead of the World Cup with his ‘Barrioke Show, which has taken festivals and events by storm this year. Sean will be joined by multi-platinum selling soul artist, Kenny Thomas.

Singer Junior Andre, who is signed to Columbia Records alongside Calvin Harris and George Ezra, is also confirmed to perform, when his single Messy is due out in October.

André’s debut single Slide, released in June, reached number one on the iTunes chart in its release week, surpassing Lady Gaga, Eminem and Harry Styles. The pop star and actor has already amassed over 315 million views on his popular TikTok channel.

New for 2022, the city will benefit from a refreshed Christmas lighting scheme, centered around brilliant colors of white and gold, with color-changing elements interspersed in some places.

Funded by City Center Businesses in partnership with Preston City Council, the new system was designed and installed by LITE Ltd. of Lancashire and will include energy efficient LED lighting, which uses up to 75% less energy than traditional lighting systems.

The trees around the Flag Market and Cheapside will also feature bright, energy-efficient lighting, which will put on a color-changing spectacle at the start of each hour from Switch On through January.

A BID spokesperson said, “The Switch On is the biggest event of the year in the city. We are blown away by the number of people who wrap up and show up every year to help us kick off the town’s Christmas season.

“We promise another exciting evening this year with something for the whole family – we hope people will join us, once again, to enjoy this free event.

“This Switch On simply could not take place without the support and generosity of downtown businesses, sponsors and partners. We want to say a big thank you to them and encourage Prestonians to spend locally and support their city center throughout the Christmas period.

Jamie Griffiths, Director of Content at Smooth Radio North West, said: “This event is one of the highlights of our calendar – it’s a delight every year. Hosting this event marks the start of the festive season for us, and the crowds at Preston’s Flag Market never fail to make it a big party.

TalkTalk co-sponsors have pledged to make event attendees a key part of the show’s Switch On element, and more details will be announced soon.

Switch On performers will be accompanied by a British Sign Language interpreter, courtesy of Preston-based Disability Equality North West.

There will be free parking for the Switch On, in Lancashire County Council’s Arthur Street car park, from 2pm.

The BID has also confirmed that there will be more free parking offered over the Christmas period, with details to be announced shortly.

More information about the event and competition details will be posted on the Turn on the Christmas Lights Facebook Event Page.