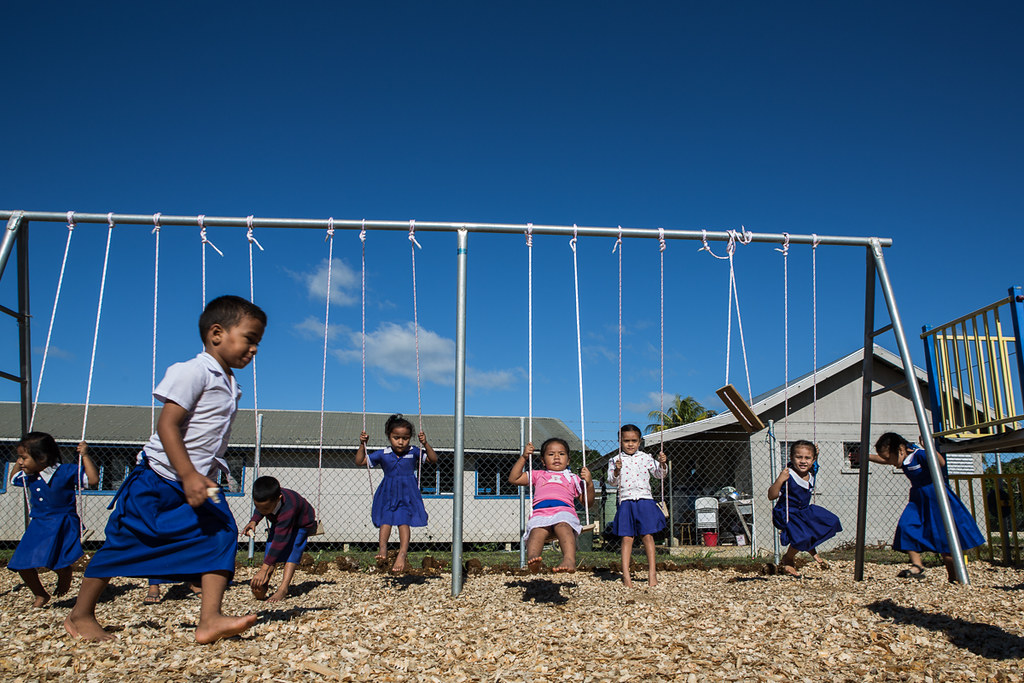 Australia’s position on migration in the Pacific is again at a crossroads, with key features of the temporary ‘guest worker’ model being reconsidered as Labor considers a more humanitarian approach to regional integration. Alongside the welcome introduction of the Pacific Engagement Visa, the Albanian government has made a strong commitment to addressing another area of ​​pressing concern for Pacific Island countries: the prolonged separation of families under the Pacific Australia Labor Mobility (PALM) scheme. ). From January 2023, new measures will be introduced to allow PALM workers participating in the longer-term strand – the Pacific Labor Scheme (PLS) – to be accompanied by their families, pending approval from their employer.

The potential gains of creating a family support option within the PLS should not be underestimated. The social implications of family separation in the PALM program have been a long-standing topic of discussion across the Pacific. Conversations I have had with migrant workers in Australia – as well as with remaining family members, community leaders and government actors in Kiribati, Tonga and Vanuatu – converged on a similar observation: that the economic benefits of the program are substantial, but so are the social costs.

Even when labor mobility in the Pacific was limited to periods of seasonal employment, concerns were often raised about the prevalence of extramarital affairs, relationship breakdowns, emotional distress, parenting and child protection issues. With the introduction of the PLS in 2018, transnational family separation has become a much more worrying prospect; with workers forced to live apart from their families for up to four years, the likelihood of lasting social consequences increases dramatically.

These issues have been addressed in submissions by civil society organizationsinformed the development and management of pre-departure training for migrant families in Vanuatuand are a hot topic in coverage of labor mobility programs by regional newspapers. So far, however, very little research has systematically examined the scope of these issues within PALM.

My new report reveals the nature and frequency of social problems related to family separation within the PALM scheme, focusing on both the PLS and the Seasonal Worker Scheme (SWP). Based on a series of semi-structured interviews conducted in November 2021 with government staff at Labor Sending Units (LSUs) in four Pacific Island countries – Fiji, Samoa, Tonga and Vanuatu – it provides the first program-level evidence of the nature and frequency of social problems arising from family separation, as observed by those on the front lines of family well-being reports. LSUs are responsible for the preparation and departure of workers employed in the PALM scheme; they are also the official or de facto point of contact for family members who remain in the country and experience difficulties.

The report finds that extramarital affairs (EMA) and relationship breakups are common, but likely under-reported – and have strong thematic correlations with culture shock and behavioral changes in Australia, financial disagreements and misunderstandings between spouses, difficulties in maintaining frequent communication and gender norms. and expectations (Figure 1).

MJS staff also reported widespread concerns about the welfare of children separated from one or both parents during migration. The most significant concern was the financial implications of relationship breakdowns for dependent children, but respondents also expressed apprehensions about the deterioration of parental relationships and the appropriateness of alternative protective arrangements involving the extended family.

Reflecting on the well-being of the remaining spouses and children, one participant observed that “you will find that a lot of tension and conflict tends to arise once the head of household is away”. Another remarked: “At the end of the day, you will have seasonal workers who will become seasonal parents or seasonal spouses for this purpose.

Consistent with the international literature on transnational family separation, it was clear that these results were not gender neutral: Women – who make up only about 20% of PLS ​​participants – were found to be more vulnerable to social costs than men.

Findings also indicated that the prevalence of social problems had programmatic consequences, with the volume and severity of complaints raised by distressed family members of migrant workers creating additional work for resource-constrained DLSUs. DJS staff said they lacked the capacity or specialized training to handle complex and emotionally charged situations arising from relationship breakdowns.

The protracted work involved in resolving these cases is outside the formal jurisdiction of DLSUs and would have interfered with essential duties associated with the selection and mobilization of workers. He also imposed unreasonable demands on staff. As one participant noted, “To be honest, most of us aren’t trained to handle these kinds of situations. And I’m aware that if a situation escalates and we say something bad, it could lead to a more destructive path, like people trying to kill themselves.

Australia’s commitment to support family life in the PLS is an important step towards addressing these issues and transforming labor mobility into a more sustainable partnership with the Pacific. As with the Pacific Engagement Visa, family support is a policy that must be carefully considered.

Although specific policy details have yet to be announced, serious consideration should be given to whether workers will be required to self-fund the costs of family support – including travel costs for dependents, but also their access to housing, health care and education . These costs are substantial and will vary widely depending on individual circumstances and where they are employed in Australia, raising the question of which workers will be able to access the family support option and at what financial cost. Since the PALM program is a labor mobility program with development objectives and guided by commitments to gender equality and women’s empowermentThis is not an easy task.

It is important to create policies that expand the options available to migrant workers and their families, but it is equally important that the design of these policies allows all workers to take advantage of the opportunities offered. If the social costs of PALM are to be reduced significantly, migrant families must be empowered with policies that allow them to decide whether to stay together or travel separately.

The author’s research was funded by the Department of Foreign Affairs and Trade through the Pacific Labor Facility. Opinions are those of the author alone.