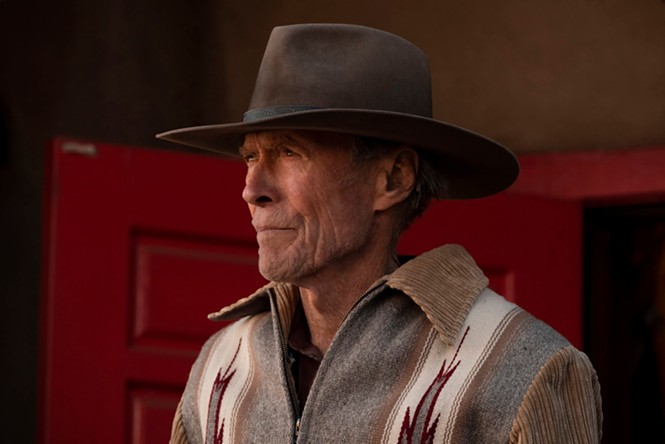 For something that begins and ends as drama about a very specific real-life issue, writer / director Justin Chon’s film ultimately gets tangled up in too many different issues about the intricacies of family. Chon also stars as Antonio LeBlanc, an adoptee of Korean descent trying to move on from a life of crime in his marriage to his single mother Kathy (Alicia Vikander) and co-parenting his daughter, Jessie (Sydney Kowalske) while awaiting the birth of. another baby. But an altercation with Kathy’s cop ex-husband (Mark O’Brien) raises the possibility that Antonio will be deported due to legal difficulties. Antonio also befriends a terminally ill Vietnamese refugee (Linh Dan Pham), and Chon continues to dig in a variety of different corners on the consequences of people’s decisions in their relationships with their children. And much of that material becomes a distraction, especially when the stronger material involves Antonio’s warm relationship with his stepdaughter. This relationship pays off in a conclusion that hits hard at the madness of tearing apart families, which could have landed even stronger without the coda highlighting how it happens to real people. If that’s the crux of this story, Chon should have trusted him a little more. Available September 17 in theaters. (D)

Crying Macho **
Is there a gracious way to say that the biggest problem with crying macho Was Clint Eastwood 90 when he made it? This longtime adaptation of N. Richard Nash’s 1975 novel features Eastwood as Mike Milo, a former rodeo star / veteran who responds to an old friend’s request (Dwight Yoakam) to get 13-year-old son back. years of man. , Rafael (Eduardo Minett), from his unstable mother in Mexico and bring him back across the border. The bones of the story naturally force Mike and Rafael to bond during their road trip, mainly during a stopover in a small town where they are taken care of by a kind widowed restaurant owner (Natalia Traven). . But the relationship never really gets off the ground, with the theoretically almost savage Rafael presenting himself as simply brooding, and Eastwood unable to muster a performance rating beyond “irascible and sleepy.” Even more problematic is that Mike’s bow to accepting his decline in physical strength makes no sense for a guy who is already 90, and the low-stakes action that sometimes lifts his head has to be twisted. in tortuous shapes so that you are not constantly worried that Mike will collapse in place. Eastwood’s limited gifts as a filmmaker do offer some charms, but a legend like him shouldn’t only make you sad for him when he’s on screen. Available September 17 in theaters and via HBO Max. (PG-13)

Everybody’s Talking About Jamie ***
A wellness documentary provides a solid source for a wellness musical, and this UK stage production adaptation based on facts by Tom MacRae and Dan Gillespie Sells hits just the right notes of energy and emotion. . In Sheffield’s working class, openly gay 16-year-old Jamie New (Max Harwood) dreams of becoming a drag queen and showing off his fabulous at prom, which puts him in trouble with narrow-minded bullies, his homophobic estrangement daddy (Ralph Ineson) and anxious school staff. The tunes themselves are animated, if not instantly, a bunch of verses, mostly providing opportunities for fiery dance numbers. The soul is in the relationship between Jamie and those who encourage him – his endlessly supportive mother (Sarah Lancashire); his best friend (Lauren Patel); her mentor / dragging mother (Richard E. Grant) – in a tale that balances Jamie’s struggles with historical meaning for those who have paved the way for greater acceptance. The story takes place pretty much exactly where and when you expect it to be, which doesn’t mean you still couldn’t smile or shed a tear exactly where and when you’re supposed to. Available September 17 via Amazon Prime. (PG-13)

My name is Pauli Murray *** 1/2
I feel like this documentary profile of Pauli Murray was made especially for me: someone who considers himself reasonably well educated but nevertheless wonders, “Why have I never heard this person’s name before?” ? »Directors Julie Cohen and Betsy West (RBG) presents the revolutionary lawyer, civil rights activist, poet and episcopal minister from every possible angle, as a black American who grew up in the early 20th century; as a woman fighting against gender-based barriers; as a queer and gender nonconforming person facing mental health issues at a time when there was no vocabulary for their identity. And while in many ways the film is a very conventional biographical documentary, even though it benefits from recordings for an autobiography made with Murray’s own voice, Cohen and West cut out moments to make it clear just how good Murray is. was ahead of their time, whether or not he refused to slip into the back of a bus 15 years before Rosa Parks, or to lay the legal groundwork for landmark Supreme Court cases that made Thurgood Marshall and Well-known names Ruth Bader Ginsberg. Every detail reveals an individual combining an imposing intellect and deep spiritual compassion, constrained by the obstacles of identity. It shouldn’t take a movie 35 years after Murray’s death to teach someone like me how important it is, but I’m glad it’s there. Available September 17 in theaters; October 1 via Amazon Prime. (PG-13)

On Broadway ***
Opening with Gershwin’s “Rhapsody in Blue” playing on footage of the Manhattan skyline should be your first clue that Oren Jacoby’s documentary is going to be a big mash note for the Broadway theater, but it manages to. serve as a pretty fascinating history lesson in the process. Jacoby provides an overview of the last 50 years of Broadway, starting with its early ’70s nadir amid the shifting aesthetic tastes of an era of counterculture and a theater district overrun by drugs and sex. , and following several different stages of the renaissance: new American musicals in the making at nonprofit theaters; the great British successes have moved abroad; works telling the stories of previously under-represented groups; the age of films and music catalogs providing familiar “safe” content. Along the way, there’s a subplot involving the preparations for a new comedy titled Nap in the 2018-2019 season, ostensibly to convey the challenges of mounting any new work, but what we see is too limited to truly serve as a paradigm. It’s even more compelling to hear talking heads like Helen Mirren and Ian McKellen widen the tensions between the different faces of Broadway even as it reopens this month: as an artistic medium, as a commercial enterprise, as a tourist attraction, as a cultural touchstone. Available September 17 via SLFSatHome.org. (NR)

You’d think it would be easy to get out of the excitement of a movie that includes samurai sword fights, toxic waste ghost zombies, spaghetti western shootouts, and black leather Nicolas Cage screaming about. of his “TESTICLE!” Unfortunately, you would be wrong. Director Sion Sono’s hyperactive but undercooked mash-up features Cage as a convicted felon only named Hero, forced by the absolute governor of the city (Bill Moseley) to get his “granddaughter” Bernice (Sofia Boutella) back from … a sort of nuclear wasteland full of scaffolding. None of the pieces match anything, as the storyline sometimes claims that there is a redemption arc for Cage’s conscience-eaten criminal. But the problem is, it looks like seven different hyperactive genre films wrapped up in 105 minutes, one that can’t decide whether the climax is going to be a shootout, or a katana clash, or the post-nuclear scaffolding tumbling down to the sky. ground. Of course, there are sometimes chunks of energy when Cage is allowed to be manic rather than drowsy, or when Sono devotes his visual imagination to imagery like a bank robbery drizzled with gumballs of the primary color. At some point, however, you sort of have to decide that your movie is about samurai sword fights. Or toxic waste ghost zombies. Or whatever shouting “TESTICLE!” “. Available September 17 at the Megaplex Valley Fair and via VOD. (D)