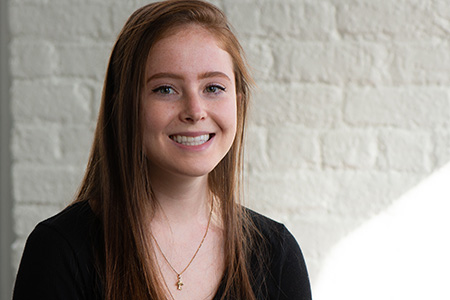 If you had asked my eight-year-old self what I wanted to be when I grew up, the answer would have been, bluntly, “an inventor!” It was around this time that I also decided, with surprising confidence for a shy second grader, that I would one day build a saltwater car.

I must have heard the idea somewhere, although to this day I can’t quite remember where. Maybe it was a story on the radio. NPR was a constant background noise in the basement where I spent countless hours playing and tinkering alongside my dad in his hardware store. Or maybe it was buried somewhere in a science book or magazine. They were often stacked in neat piles, filling bookcases in many corners of our home. It could also have floated on the dinner table during conversations between my parents and my older siblings. Daily discussions of high school biology and current events seemed light years beyond the reach of my eight-year-old brain.

No matter where it came from, the idea stuck. Before I knew what it meant to conduct research or study engineering, I found myself charmed by innovative ideas and drawn to the possibility of discovery. For some reason, this “car that runs on salt water” took refuge in my mind and established itself as the perfect idea: an ingenious invention that was good for the planet. At the time, of course, I had never thought about how this whimsical and wacky idea was fundamentally tied to my core interests and values. Now, however, as a 21-year-old senior mechanical engineering student with a passion for renewable energy technologies and protecting the planet, it all makes sense.

My interest in engineering is, at its core, a love for creativity, combined with a desire to solve problems. A fondness for physics certainly helps too, but that came much later. As a child, the desire to practice creativity manifested itself primarily through a love for art. Some of my earliest childhood memories are working at my little table in the corner of the living room, carefully sorting crayons into my Crayola tin box. Today, I practice creativity in my critical thinking, brainstorming, and implementing the iterative design process.

The other side that drew me to engineering, the desire to solve problems, evolved from an early love for nature and a passion for environmentalism. I remember seeing my grandparents’ devastated home from Hurricane Sandy and the noticeable decline of pollinators in my mother’s garden. In high school, when I heard the term “environmental engineering,” it was the first time I realized such a field existed. I immediately felt the different elements of my interests and values ​​come together. There are many ways to be creative and problem solve, but for me the combination has led to the pursuit of engineering.

Despite the way I presented it, that doesn’t mean there was a linear path between clinging to some quirky notion at age eight and deciding to pursue my current career as an aspiring graduate. . Looking back now, I can see the symbolism in that cornerstone of an idea. Looking back, I recognize why it attracted different facets of my budding identity and how I came back to it in later years. However, that’s what should happen when you expose yourself to as many new ideas as possible: one (at least) will grab your attention. The goal is not to hold on to the first idea you come across and pursue it relentlessly. The goal is to keep your mind open to all ideas – and pay close attention to the ones that kindle in your brain. The ones that stick in your mind and continually pop up at unsuspecting times.

One of my favorite serendipitous moments in life is when, shortly after learning something new, that new idea pops up somewhere else. It’s like receiving an unexpected gift in the form of a previously unattainable appreciation. Imagine knocking over a stone and discovering an insect that you have just spent all night studying. It seems purely by chance, but it’s not quite.

The more you expose yourself to new ideas, the more they will appear. You never know when a story you stumble upon will move you to action or lead to something bigger. A magazine I stumbled upon led to a semester-long research topic. A book I read in high school came up in an interview I had last week. An idea I heard when I was eight years old about an eco-friendly car may have sparked a lifelong fascination with science that led me to become an engineer. Our life is made up of decisions based on millions of data points, determined by our history, background, and the kinds of ideas we surround ourselves with daily.

As a blogger for the Duke Research Blog, my goal is to give more people more exposure to more ideas. Every new idea has the potential to build bridges, whether by expanding into new areas or building on an existing knowledge network. Expanding our realm of understanding allows us to challenge perspectives and expand understandings. These are not ideas for ideas’ sake, but for the larger purpose of enabling meaningful connections with others.

When more people have access to more ideas, everyone benefits. However, there is no denying that much of the research going on at Duke is very high-level and not generally read by much of the student body. Other fascinating content goes unnoticed simply because of Duke’s hectic student life and sheer volume of exciting events. (If only we could all be in more than one place at once.) My goal is to take ideas – whether they’re too daunting or understated – and present them in a way that’s more accessible to anyone interested.

When I first heard of the idea of ​​saltwater cars, the idea was just that: an idea. The frenzy started in 2007 when John Kanzius, an American engineer, accidentally discovered how to “burn” salt water while trying to research a cure for cancer. Today, the QUANT e-Sport Limousine is a fully electric sports car concept that uses an electrolyte cell, fueled by salt water. It actually works and was cleared for road testing in Germany a few years ago, shortly after its debut. It will be many years before clearance, and it will likely take even longer before this is an economically viable option, but progress is evident.

Fifteen years after my infatuation with this idea, I can’t help but feel slightly emotionally connected to it. Humans grow. Ideas too. I didn’t invent the first car that runs on salt water, but I’m eternally grateful for every new idea that fuels my curiosity, shapes my values, and expands my current outlook.

Message from Kyla Hunter, Class of 2023