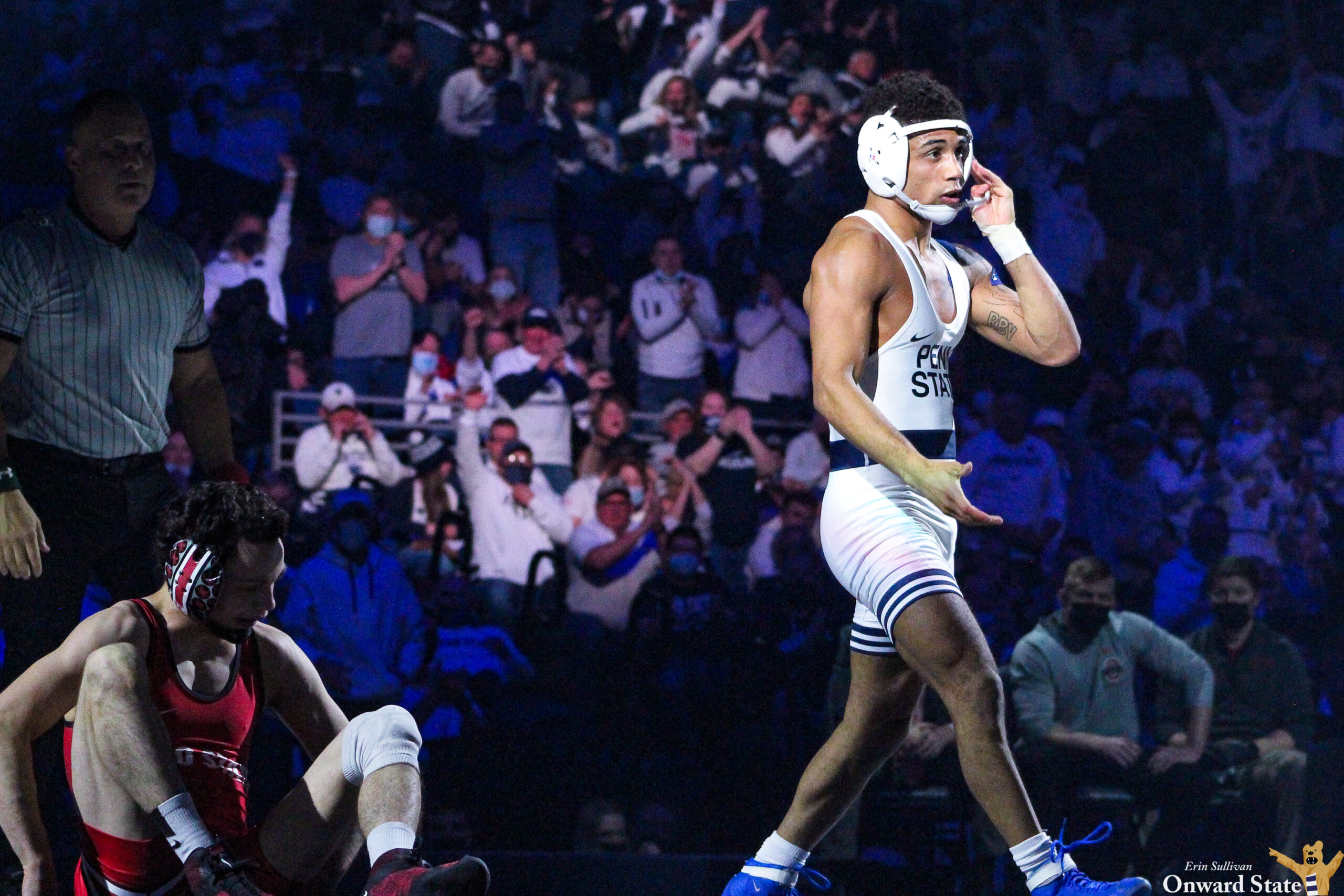 What better way to kick off your spring break than at the Big Ten Wrestling Championships?

Penn State’s fight will feature stars in every weight class this weekend in Lincoln, Nebraska, including four No. 1 seeds and two No. 2 seeds. Cael Sanderson’s group remains the team ranked in the nation with an overall record of 17-0, but the Nittany Lions will face a long list of challengers like Ohio State, Michigan and of course Iowa, among others.

This weekend’s action kicks off at 11 a.m. Saturday with the first session, while the second session follows at 6:30 p.m. All the action will air on the Big Ten Network, while you can follow updates and analysis throughout the tournament here.

1:21 p.m. — On to the quarter-finals! Drew Hildebrandt and Roman Bravo-Young are both shortly.

12:40 p.m. – Nine wrestlers are now set to make the quarterfinals for Penn State. If heavyweight Greg Kerkvliet takes care of business against Maryland’s Zach Schrader, it will be a perfect 10 going into the next round for Cael Sanderson’s team.

12:37 – Edsell’s quick withdrawal earns him a 3-1 decision in the sudden victory period. Iowa’s Alex Marinelli awaits him in the 165-pound quarterfinals.

12:33 p.m. – Edsell had a withdrawal but an official review overruled it, so he has a 1-0 lead going into the final period against Lohrey.

12:27 — No score between the Boilermaker and Nittany Lion after one.

12:18 p.m. “Well, that was pretty easy. Four takedowns, an escape and plenty of driving time give Berge the major 10-2 decision.

He now has No. 2 Kaleb Young of Iowa in the quarterfinals.

12:05 – A playbook withdrawal for Bartlett to get things done for the Nittany Lions.

12:03 – Following a review, Bartlett outlasts Blockhus 3-2. He advances to the quarterfinals at 149 pounds and will face No. 2 Austin Gomez of Wisconsin.

11:54. – Here we are! Bartlett now takes the mat against Blockhus of Minnesota.

11:29 – Two of Penn State’s wrestlers now have quarterfinals after this morning’s opening action:

11:23 – Still nothing to do yet, but here’s Penn State’s opening fight order:

11:07 – No action for the Nittany Lions yet as the first two fights begin. Beau Bartlett is still first at 149 pounds, however.

10:42 — Each weight category range can be found here on the Big Ten website.

10:34 am “Here’s the first-round slate for Sanderson’s team. All of the No. 1 and No. 2 wrestlers have byes, while Beau Bartlett will kick off the action against Minnesota’s Michael Blockhus.

10:03 – The live action doesn’t start until 11 a.m., but January’s Penn State-Iowa duet is currently rerun on the Big Ten Network. You remember ?

10:01 a.m. – There will be plenty to follow this weekend, so be prepared by checking seedlings and supports. Along with that, check out our Nittany Lions preview here.