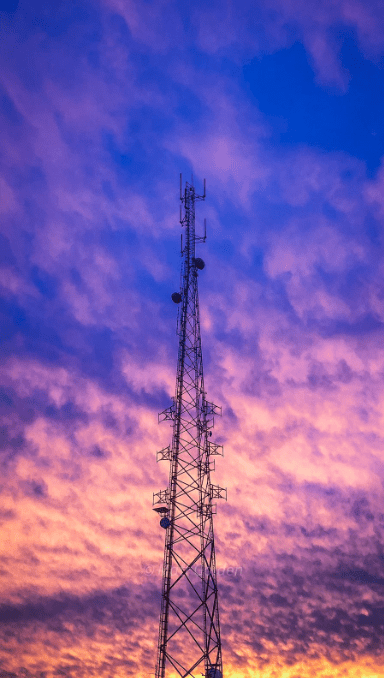 It is not uncommon for summer patterns to bring abundant rainfall to some areas while lacking others. The idea at the end is that things try to average over time…and for areas on the south side of KC…we could use an average.

Yesterday I was digging through some data…showing the on-air difference in how well some areas have been doing for humidity over the last 30 days or so while others…should we say “not so much”. For example… KCI had over 4″ of rain this month. Olathe got just over 1″. Sedalia has over 5″ of rain this month…while just a few counties away…Pleasant Hill has just over 1″. Like I mentioned…some areas can really use a good glass of water.

You can tell this for the south side areas, as the blue grass in particular is starting to show signs of stress. Typical really for the summer months. You can mostly see it near where the grass and concrete are side by side. This concrete gets even hotter in the summer heat…and that doesn’t help the soil conditions at all to retain moisture either.

Today: Sunny and warm with highs around 90°. Light breeze developing in the afternoon

Tonight: Fair and soft with lows in the upper 60s

Tomorrow: Warmer and a little more humid as well. Windy with gusts to 25 MPH. Highs in the lower 90s

Friday: Variable clouds and cooler. Chances of rain should last until evening, possibly earlier near the IA border. Highs closer to 90°.

So let’s start with how I opened the blog… the rain situation. Again as is a bit typical, feast or famine.

Areas on the north side of the subway…just about I-70 north are in pretty good shape right now. South side… less. Take a look at this… rain deficits over the past 30 days.

The areas in yellow to orange to red are the deficit areas. Areas in green to blue to purple are the wettest areas as far as average is concerned.

St Joe’s are kind of riding on the situation, but even they’re also below par with 2.4″ so far this month.

Those numbers probably won’t change for June without rain expected tomorrow, and then we start a new month on Friday.

That’s why some areas could really benefit from a good bit of rain. Again, this is not unusual for the summer months.

The pattern will further promote this. There is a front that will move south on Friday. The wind shift seems to be happening during the morning hours which is not helpful for creating a bunch of storms really locally and by Friday evening the front may have moved down into southern MO where it will stall. With this play…there may not be a ton of instability here on Friday…and that might reduce our chance of storms heading into the afternoon and evening. at least according to the EURO… but is it true? I’m not so sure.

That said, the front may not be that far south…could be closer to the metro later in the afternoon. IF this is the case… then there will be a bit more instability to exploit. The night run of the NAM model in particular is full of unsettled air with late afternoon storms developing…potentially stronger storms too with gusty winds as the main threat.

The GFS kind of splits the middle with a ton of instability on the south side of the subway and that’s where the heaviest rain would end up being.

As I told you this week, the location of this front will determine what happens, not only on Friday but also for at least part of the holiday weekend. IF the front is all the way down to I-44…then maybe not much going on Friday with maybe a few overnight thunderstorms through Saturday morning. IF the front is closer, the chance of rain is much higher later Friday and the front may hang nearby in the middle of the holiday weekend.

It’s hard to predict this as a 2-3 county shift north or south in the front will determine how things play out…also worth noting that If there are large areas of rain…this too can force the front further south as well. So there is also this aspect of things.

The upper flow pattern also shows one or two small pleasant disturbances moving through the area Saturday morning. This could therefore also contribute to triggering areas of rain and the EURO also has other small ripples on Sunday morning.

The chances of rain are therefore there… they have been well announced for days and they will not surprise anyone, hopefully. The timing is still unclear but as I pointed out…it won’t be raining all day on Saturday or Sunday…there will be plenty of dry spells…and maybe the clouds could bring the temperatures down a bit as well .

Despite next week’s heat and humidity, this is likely to be a problem… the overall trend doesn’t look totally dry next week either. Moisture trapped with various waves rolling across the plains could bring additional storms and rain. EURO and GFS have these ideas for Monday-Friday rain next week.

We’ll see how it all plays out.

Matt has Shawnee’s picture of the day