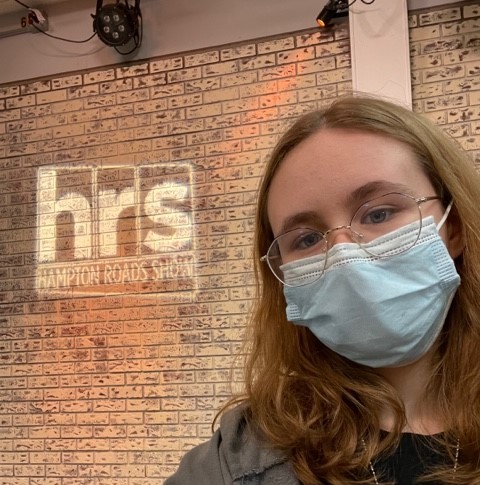 PORTSMOUTH, Va. (WAVY) — My first two weeks interning with WAVY TV 10 was everything I dreamed of and more.

When I first applied, I really thought it was long. But I’m a big believer that you should always put yourself out there if you want any chance of succeeding at something – and I couldn’t be happier that it paid off!

The main department I’m working for this summer is The Hampton Roads Show.

I spent my first few days watching the producer and the cameraman so I could get a sense of how the show was going. Gradually, I started to get more involved as I learned what my duties were as an intern.

Now, at the end of my second week, I’m confident to take the lead in setting up the studio before the show, picking up guests on the mic, relaying time cues from the control room, and making sure that the show proceeds according to the recap.

At the end of my first week, myself and three other interns worked as assistant field producers while filming The Hampton Roads Show on location at Harborfest.

After filming each show, I report to the co-host Chris Reckling, who assigns me some stories from today’s show to write content online.

I start by cutting clips from these segments of the show and grabbing a thumbnail, then I upload them to WordPress, where I write an interesting lede and a short synopsis.

A few of the stories I’ve been working on this week are Kitchen Hacks, New Apple Releases, and Ties and Tiaras Dance.

When I write ledes for stories, I often think back to my classes at ODU, where I learned the eight most common types of ledes. Since I’m writing content for a lifestyle show, I try to use a variety of ledes other than the typical hard news style.

One of my personal tasks is to tweet daily about something I did during my internship. Social media is essential these days for spreading news, especially to young people. you can find me @RachelMantosTV.

Everyone I’ve met at WAVY has been extremely welcoming and helpful. It’s a great and supportive environment to learn and work in.

I am especially grateful to my former teacher turned supervisor, HRS Executive Producer Stephanie Cooke, for believing in me and granting me this amazing opportunity.

I’m thrilled at how well my classes at Old Dominion University have prepared me for this internship – everything from the technical aspects of using a preview and WordPress, to how to write, to film and edit a package.

Although sometimes filming a live show can be hectic, when everyone does their part and works as a team, everything eventually falls into place.

In just two weeks, I’ve already learned a lot from the team at WAVY and The Hampton Roads Show about what it takes to run a successful newscast. I know I still have a lot to do and learn, and I can’t wait to do it all!

(I don’t even mind doing the dishes after we have cooking guests. The food is always spectacular.)