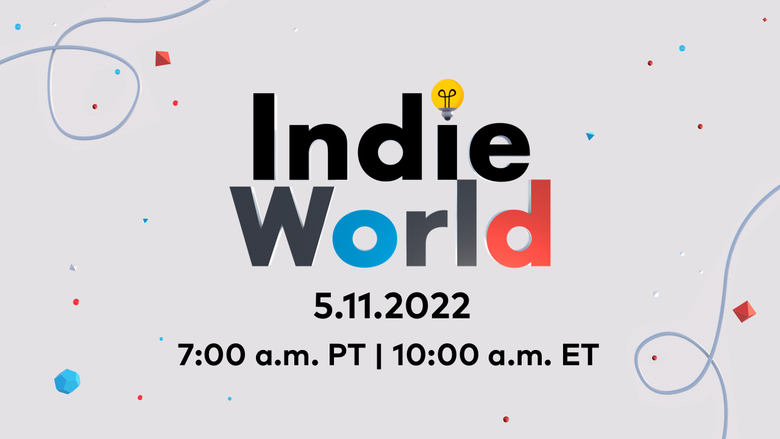 With such a variety of indie games coming to Nintendo Switch, there’s something for everyone! In a new Indie World Showcase presentation, Nintendo and its publishing and development partners around the world have revealed new details about 20 indie games coming to the Nintendo Switch family of consoles, including four titles arriving today – Mini Motorways , Soundfall, OPUS: Echo of Starsong – Full Bloom Edition and Gibbon: Beyond the Trees! Highlights of the presentation include a first look at Doinksoft’s noir-punk action-adventure Gunbrella, featuring a weapon as intriguing as its name, as well as the debut of Another Crab’s Treasure from Aggro Crab, an adventure soul set in a wrecked submarine. world plagued by a mysterious curse. There’s so much more to explore in this showcase of the indie world! Other games featured include ElecHead, an electrifying and challenging platformer with head-scratching puzzles, and Ooblets, a game about farming and collecting adorable creatures.

Another Crab Treasure from Aggro Crab: In this crustacean-themed soul game, you’ll find yourself in an underwater world on the brink of collapse. As Kril the Hermit Crab, you’ll need to use the trash around you as a shell to resist attacks from enemies several times your size. Embark on an epic treasure hunt to uncover the dark secrets of the polluted ocean, with over 50 potential seashells to uncover and a host of dangerous enemies to defeat. Another Crab’s Treasure is avoiding the Nintendo Switch next year.

Gunbrella from Doinksoft and Devolver Digital: Play as a gruff lumberjack on a quest for revenge, armed with the mysterious Gunbrella. In this noir-punk adventure game, your investigation becomes entangled with the inner workings of ghouls and gangsters, cops and cultists, and other increasingly bizarre characters in a world that is rapidly losing its natural resources. . Collect scraps and spare parts to upgrade your coveted weapon to slide, swing, dash, dive and take out enemies in fierce side-scrolling combat. Gunbrella will launch on Nintendo Switch next year.

Dinosaur Polo Club Mini Motorways: Have you ever been stuck in traffic and wished you could do something to fix it? In Mini Motorways, the city’s traffic problems are in your hands. Design and build roads to create a bustling metropolis, redesign your city to keep traffic flowing while carefully managing improvements, like freeways and roundabouts, to meet changing demands. How fast can you move the cities of the world? Buckle up for Mini Motorways, cruise on Nintendo Switch… later today!

Glumberland Ooblets: Grow and train adorable little creatures called ooblets while cultivating a new life in the thriving community of Badgetown. Customize your character, befriend locals, decorate your home, craft items, run your own shop, and compete in epic dance battles! You can also dress up your ooblet friends, play mini-games, and explore a variety of locations across Oob, each with their own unique characters, quests, items, and ooblets. Ooblets waddles to Nintendo Switch this summer.

ElecHead by Nama Takahashi: Created by a one-person development team and prototyped through a school competition, ElecHead is a clever and challenging 2D puzzle platformer that will fire up your imagination. You play as Elec, a small robot on a mission to bring light back into the world. When Elec touches walls, floors, platforms, and switches, he activates them by passing electricity through them. He can also detach and throw his head to trigger things from a distance, but be careful: if he doesn’t get his head back within 10 seconds, he’ll power off. Elec will have to use his head, literally and figuratively, to find a way out of this booby-trapped installation. ElecHead is coming to Nintendo Switch this summer.

Soundfall from Drastic Games and Noodlecake: This fast-paced dungeon crawler combines loot-shooter action with toe-tapping musical gameplay. You are a guardian of harmony – a musical genius transported to the world of Symphonia by the Composers to battle the forces of Discord. Sync your actions to the music to boost your power, with over 500 pieces of gear for skill customization and thousands for loot combinations. Venture solo or with up to four players in local* and online** multiplayer to battle through dynamically generated levels and music-inspired encounters. There are over 140 songs to choose from, providing opportunities for many parties. Turn your head to Soundfall, which will launch on the Nintendo Switch console… later today!

Wildfrost from Deadpan Games and Chucklefish: Take on the harshest elements in this tactical roguelike deckbuilder. Build and customize your deck as you set out to end the eternal freeze. You can also customize and upgrade cute companion cards and expand your hub city with each run to unlock new items, events, and challenges! Build and battle your perfect deck to end an eternal winter. Wildfrost will launch on Nintendo Switch this holiday.

We Are OFK by Team OFK: Experience an interactive making-of-the-band journey about dreaming, dating, and paying rent in Los Angeles in We Are OFK. Through an anime narrative series released as weekly episodes, you’ll interact with a fully voiced cast while seeing the lives of Itsumi Saito and her friends unfold. We Are OFK will be released on Nintendo Switch this summer.

Batora: Lost Haven from Stormind Games and Team 17: Take a journey in this story-driven, non-linear interplanetary action RPG that combines the features of a hack-and-slash game and a shooter with two joysticks! In Batora: Lost Haven, you play as Avril, a 16-year-old girl with extraordinary powers. After a mysterious and devastating event, it’s up to you to save your planet. Explore colorful and fascinating worlds in this fast-paced adventure where you’ll harness the power of your body and mind to overcome the challenges and obstacles you encounter along the way. Choose your fate when Batora: Lost Haven hits Nintendo Switch this fall.

SILT from Spiral Circus and Fireshine Games: Dive into a harrowing ocean abyss and unravel long-forgotten mysteries in this puzzle adventure game. Explore a surreal underwater kingdom filled with strange machines, ancient ruins, and dangerous ocean dwellers. Own sea creatures and harness their abilities to solve puzzles and travel deeper into the darkness. Dive into the dark waters of SILT, launching on Nintendo Switch next month.

Totally Accurate Combat Simulator from Landfall Games: Become the leader of the red and blue wobblers of ancient lands, spooky locations and fantasy worlds in this hilarious take on simulation strategy games. In Totally Accurate Battle Simulator, you will see your unbalanced infantry face off in clashes through the ages. You can even create new wobblers in the unit builder, in addition to the 100+ at your disposal. You can also send your wobblers to fight your friends in local* and online** multiplayer! Totally Accurate Battle Simulator is teetering on Nintendo Switch this summer.

Wayward Strand from ghost pattern: Climb aboard a curious flying hospital and explore a world of living stories in this heartfelt narrative adventure set in 1970s rural Australia. Play as fearless teenage journalist Casey Beaumaris and follow the residents of the hospital while uncovering the mysteries of the airship. The stories of over a dozen characters unfold around you in real time, so you can choose which stories you want to be part of. Each game gives you the opportunity to experience something you haven’t seen before. Wayward Strand is coming to Nintendo Switch on July 21.

Cult of the Lamb from Massive Monster and Devolver Digital: A randomly generated world awaits in this action-adventure game. As a possessed lamb rescued from annihilation by a prospective stranger, you must repay your debt… by creating a loyal community of woodland worshippers. Gather resources to build structures, then muster your courage to brave deadly dungeons like the Silk Cradle. Venture into its dark depths, teeming with razor spiders and poisonous centipedes, to challenge the dungeon lord, Shamura. Cult of the Lamb is coming to Nintendo Switch this year.

OPUS: Echo of Starsong – Full Bloom Edition by SIGONO: Seek out elusive asteroids, engage with a colorful cast of characters, and unravel the mystery of star songs in this narrative puzzle game. Eda, a girl who can hear mysterious sound waves called starsongs, crosses paths with a young man searching for their source. Together, they venture deep into space to solve an ancient myth. OPUS: Echo of Starsong – Full Bloom Edition is out on Nintendo Switch… later today!

Gibbon: Beyond the Trees of Broken Rules: Master a dynamic motion system to swing, slide, and tumble through a hand-painted jungle. In this moving adventure about freedom and survival, you are a lost gibbon who has embarked on a dangerous journey to unknown lands. Race to freedom in liberation mode or play through a narrative that captures the struggle of living creatures across the world. Gibbon: Beyond the Trees is coming to Nintendo Switch… later today!