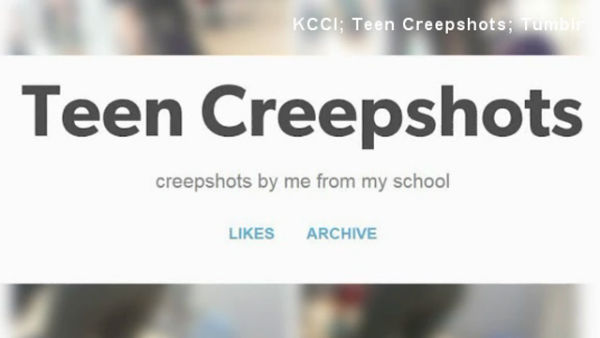 DES MOINES, IA (WFLA) – An outrageous blog featuring the buttocks of high school students in Iowa is currently under investigation by authorities.

Officials from Saydel High School recently alerted a number of female students that photos of them appeared on a Tumblr page.

The photos, taken without permission, were posted on a page described as “photos taken by me from my school”, KCCI reported.

Donnie Dhabolt has three daughters at Saydel High. One of his daughters appeared on the blog.

“It makes me angry because my daughter doesn’t feel safe in her own school,” Dhabolt said. “These are supposed to be places where we shouldn’t have any problems with perverts. “

The Iowa station reported that numerous photos, taken by another student, showed the bottoms of girls in yoga pants.

The school principal filed a complaint with Tumbler to have the page removed. Wednesday morning, the page was no longer accessible.

A girl on the blog, who wished to remain anonymous, said she found it “degrading and embarrassing.”

Meanwhile, the sheriff’s office is investigating, but told KCCI that no criminal charges have yet been filed because the students were all dressed in the photos.

School officials said they knew who the student behind the photo blog page was, but declined to say if he was being punished.ON WHAT OTHERS ARE CLICKING RIGHT NOW: