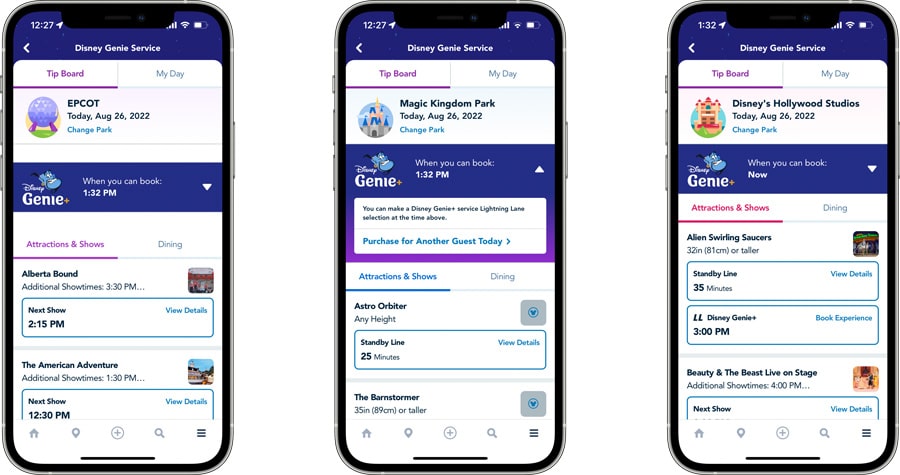 Do you believe in miracles?! Walt Disney World has made another change to Genie+ and it’s unequivocally positive! This post reviews recent changes to the paid FastPass service, explaining how it’s an improvement for experienced Lightning Lane users and newcomers alike.

Over the past few months, Walt Disney World has made a ton of changes to Genie+ in an effort to balance supply and demand, improve guest satisfaction scores, and set expectations at a reasonable and realistic. This included eliminating the Genie+ ticket add-on, adding character meet and greets to the service, and “warn” customers that Genie+ is essentially equivalent to a paid FastPass.

More recently, Walt Disney World permanent move of an individual Lightning Lane attraction per park to the Genie+ service in order to balance the load. Expedition Everest at Animal Kingdom, Mickey & Minnie’s Runaway Railway at Hollywood Studios, Remy’s Ratatouille Adventure and Frozen Ever After at EPCOT, and Space Mountain at Magic Kingdom are now all included in the Genie+ flat rate service after temporarily moving there for the busy spring and the summer seasons.

This all happened as company executives repeatedly said Genie+ adoption had exceeded expectations. CEO Bob Chapek said Disney is “very, very encouraged” by the trends of customers buying the Genie+ service and took the company by surprise. According to Chapek, “about 50% of people who walk through the door buy the Genie product” at Walt Disney World, which is why there’s been so much load balancing effort since Genie+ launched nearly 100 years ago. ‘a year.

The good news today is that Walt Disney World has finally added a banner to the Tip Board in My Disney Experience that has been conspicuously absent since Genie+ launched last year. With this change, your next eligible selection time is displayed prominently in the Disney Genie+ tips board. Here’s a preview of the new layout…

In the screenshots above, you should notice a purple banner at the top of the Tip Board that reads “When you can book: 1:32 PM” starting at 12:27 PM. This is in line with the 120 minute rule – the previous selection from Lightning Lane was made at 11:32. 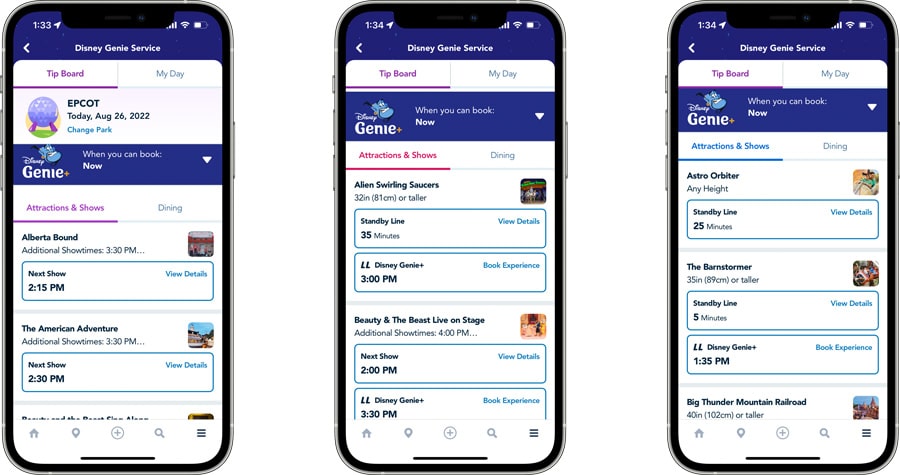 This is a minor UI change that makes a significant difference.

Although it didn’t make the top 3 for our Genie + Upgrades wishlist for Walt Disney World, he deserved an honorable mention. This is especially true for newbies who don’t read blogs like this. To this day, we hear of people who were unaware of the 120 minute rule until they read here – it’s not something that is actively advertised. (For a very long time, official Disney docs only stated that Lightning Lane “selections can only be made one at a time” without mentioning the 2-hour rule. This has since been added in some places.) 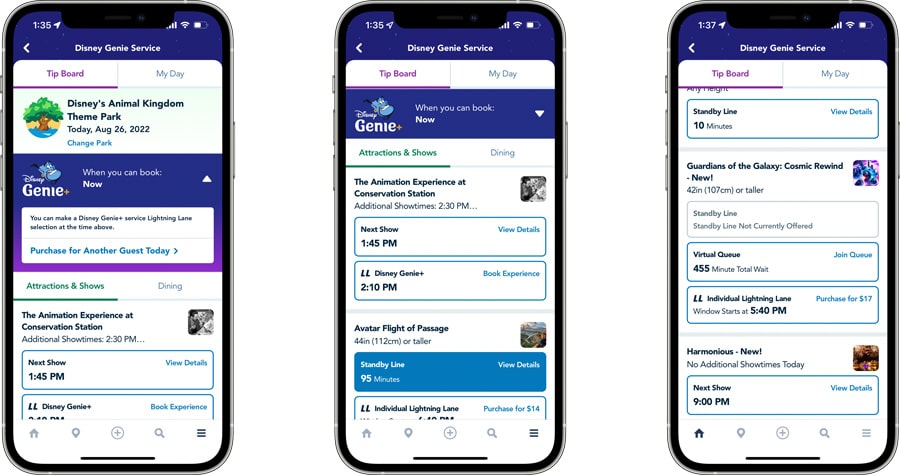 More screenshots showing the app in action. Note that in the last screenshot the banner is gone – it’s not sticky, so it disappears once you start scrolling. (That’s perfectly fine – having more screen real estate dedicated to wait and return times is the smarter move.)

This change is impossible to criticize. It’s an improvement for all, a small step forward on the “quality of life” front that makes Genie+ more intuitive and user-friendly. Obviously, it’s not a panacea for all app functionality ills, but it’s good to see that UI issues are resolved.

(Okay, that’s almost impossible to criticize. Experienced users who have relied on the app’s opacity and unfriendly design to make it less usable for beginners might be disappointed with the improvements. But you can’t complain about the fact that Genie+ has a horrible UI and also a better UI which makes it easier to use!) 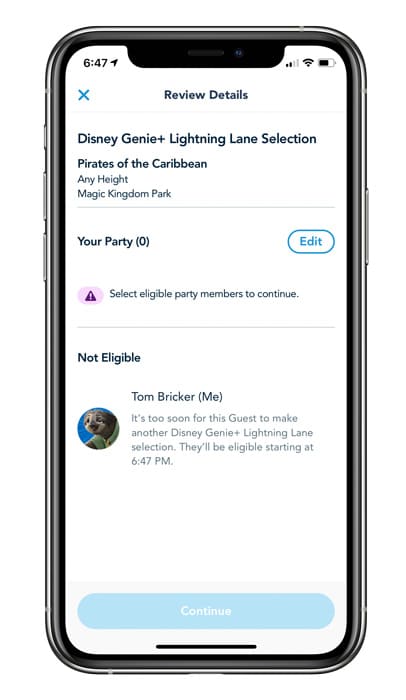 Previously, the only way to know when you could make another ride reservation was to either set an alarm on your phone or simply try to make another Lightning Lane selection.

We sometimes did both – set the alarm while trying to make a selection just to confirm that no quirk with the system caused a different time than we expected. (It happened from time to time, especially in the beginning.) 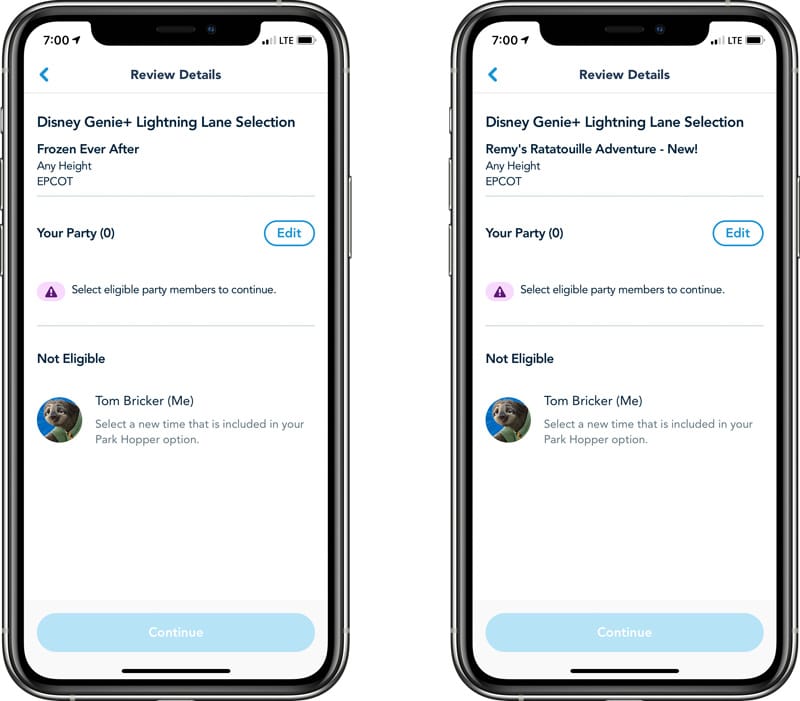 Finally, I want to go back to the previous change made a few weeks ago, covered in New Genie + Change Cons Park Hopping at Walt Disney World. With the latest update, Disney removed the rule that automatically adjusted return times to start at 2 p.m. when park hopping.

The system now prevents you from reserving a Lightning Lane if the current return time is before Park Hopping opens. This means that if the ride you want to book has a current return time of 1pm, Genie+ won’t let you make that selection. You will be greeted with an error message that says “Select a new time included in your Park Hopper option”. 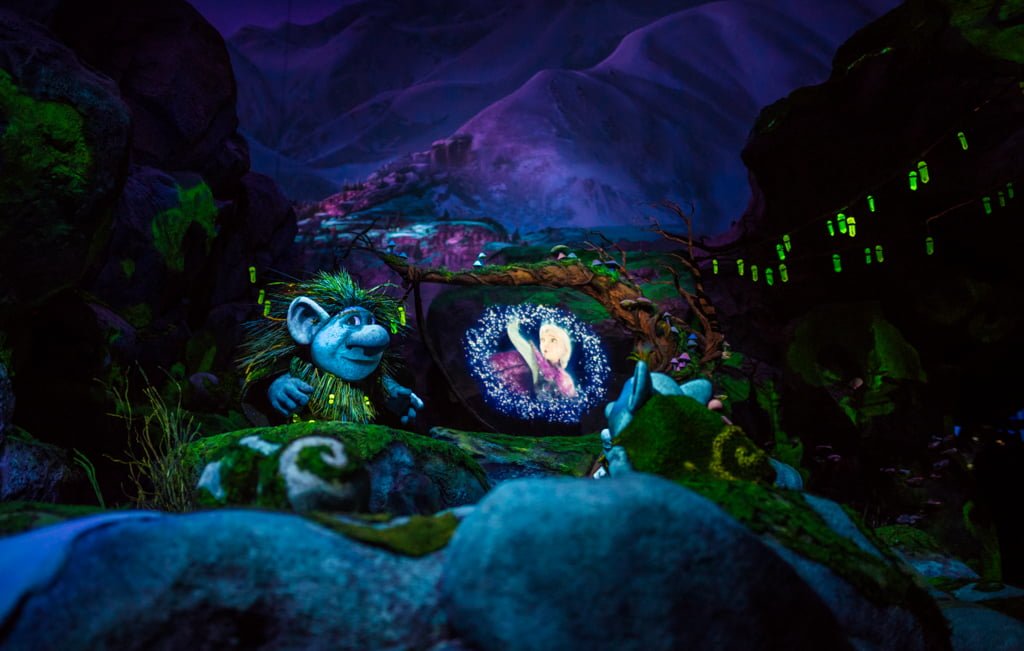 Our initial comment was highly critical of this change, focusing on frustrations for Park Hopping and “piling up” Lightning Lane bookings for afternoon arrivals. We’ve highlighted how it would be more work for those guests, make the process more difficult, and the likelihood of less Lightning Lanes per day on average as a result. All of this is still correct.

The problem is that we underestimated the advantage for less savvy newbies and those without the Park Hopper option (my numbers are a few years old, but last I knew it was a majority of guests). The upside is that visitors who spend all day in the same park will no longer be competing with Park Hoppers or annual pass holders for Lightning Lane availability to nearly the same degree. 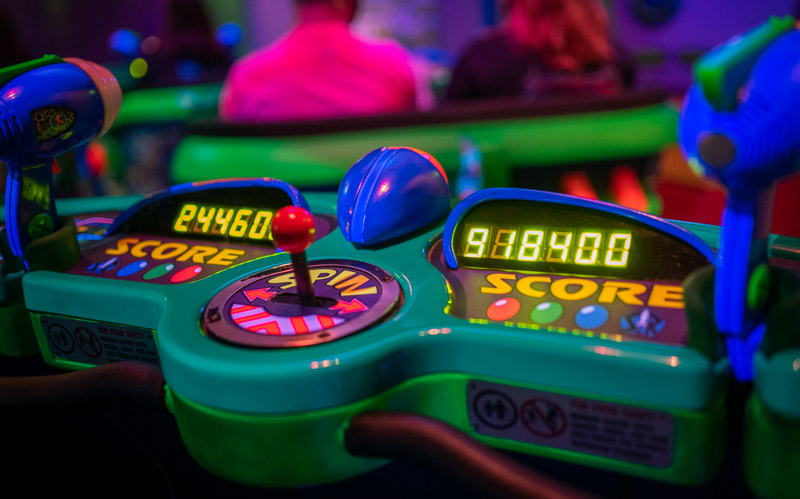 This is something we should have identified and recognized immediately, above all since our previous article on Genie+’s frustrating changes (among many others) reminded readers that power users are not and should not be the intended beneficiaries of Genie+ changes. The entire Genie system and its policies were formulated in response to complaints from Walt Disney World newbies.

More often than not, this happens in same-day selections rather than those made 30 or 60 days in advance. Although the latter is preferred by many savvy planners and regular visitors – disproportionately readers of blogs like this – it was not popular with park goers as a whole. Most newbies don’t plan their day months in advance and had no idea they could make reservations until they arrived. By then it was already too late. 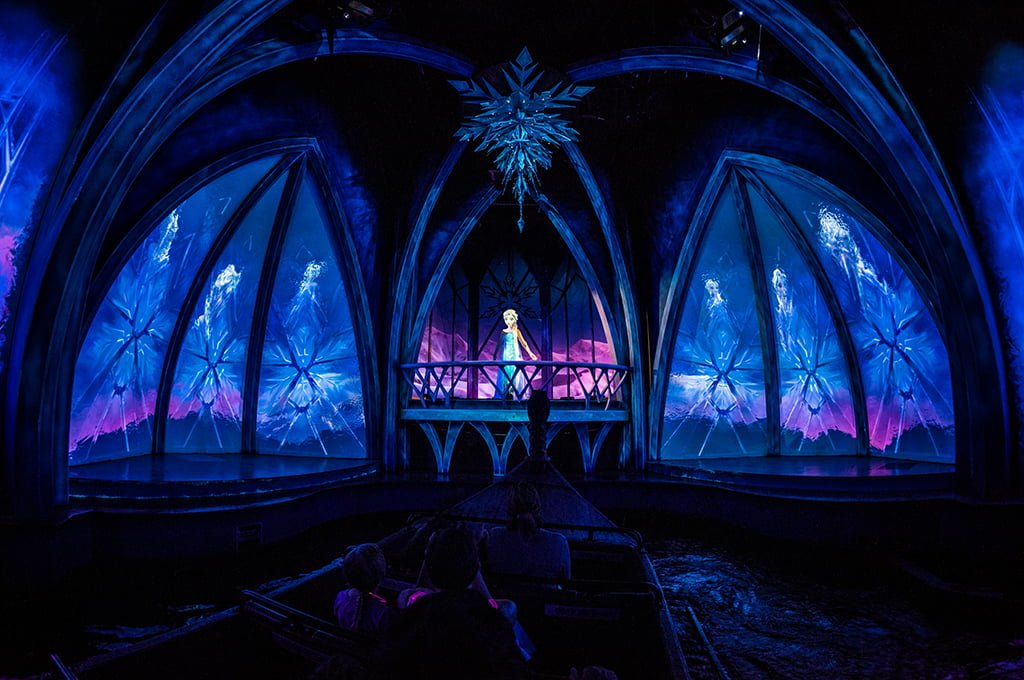 Ultimately, Genie+ has a lot of issues. It’s confusing, confusing, and counter-intuitive in many ways, which is awkward for newbies and long-time fans alike. There are still a lot of issues to address, and these improvements would benefit everyone more or less equally due to less headaches and less screen time. Adding this “when you can book” banner is a small step in that direction. This is an unequivocal improvement for everyone.

Plus, revisiting Park Hopper’s previous change through an objective lens, it’s also a net positive. While this theoretically puts annual passholders and knowledgeable guests with Park Hopper tickets at a disadvantage who attempt to use savvy strategy, we are not the target audience for these changes. The goal is democratization, making it easier to use for more guests, reducing the concentration of Lightning Lanes among power users. Sometimes it’s easy to lose sight of this, instead of judging changes based on the benefits we personally assume.

If you have questions about the basics of using or not using the paid FastPass service, see our Genie+ Guide to Walt Disney World and Lightning Lane FAQ for all the basic information you need. This whole system is confusing and convoluted, so you might have a question or two dozen. This answers all of the most common questions we’ve received from readers.

What do you think of the recent Genie+ user interface changes at Walt Disney World? Glad to see that “when you can book” banner? Do you consider this a significantly positive improvement to the Tip Board? Are you going to buy Genie+ or does this all seem too much of a headache? Do you agree or disagree with my assessment? Questions we can help you answer? Hearing your feedback – even when you disagree with us – is both interesting for us and helpful for other readers, so share your thoughts below in the comments!