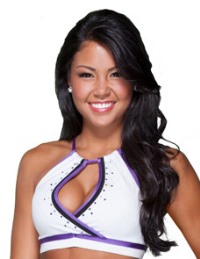 Referees: Carl Cheffers, the happy flag, and his gang will work tonight’s game. Annually, by Sharp analysis of football, Cheffers and his crew are in the top five for most penalties called. Cheffers and his outfit love the offensive outfit and defensive pass interference calls, always the most annoying for fans. Last year, these guys led the NFL in offensive pass interference calls. And, Cheffers and his gang last year threw more flags on unnecessary roughness than any other referee crew. Someone must have told Cheffers that the networks pay a lot of money to see his lineup on TV.

Outlook: Joe has no idea how the Bucs are going to fare, although the Bucs are favored by our friends in the desert giving the Crows two points. Baltimore is a smashmouth football team and the Bucs proved vulnerable last week against the run. And despite the fact that Crows corners Marcus Peters and Marlon Humphrey both ended up on the injury report, aBucs offensive coordinator Byron Leftwich probably won’t test them given the stunt he’s got. performed in Pittsburgh two weeks ago. If the fans don’t go crazy tonight and boo Leftwich out loud if he calls Playoff Lenny in the gut on the first play of the game, it tells Joe that the Bucs fans are content with Leftwich’s nonsense. Oh, the Bucs have the weapons to win, but do you trust Leftwich to use them? Joe guesses the turnovers will help. The Bucs haven’t forced a turnover since Sean Murphy-Bunting snagged a fourth-quarter pass from Pat Mahomes nearly a month ago on Oct. 2. Tonight is the fourth game the Bucs have played since losing to the Chiefs.

Fun facts: The Bucs are on pace for the lowest rushing yards per game in 52 years, the worst since the NFL-AFL merger in 1970. They currently average 64.4 yards per game.

.@rondebarber is back to break down the movie 🎦#GoBucs pic.twitter.com/tchmrQVfG2