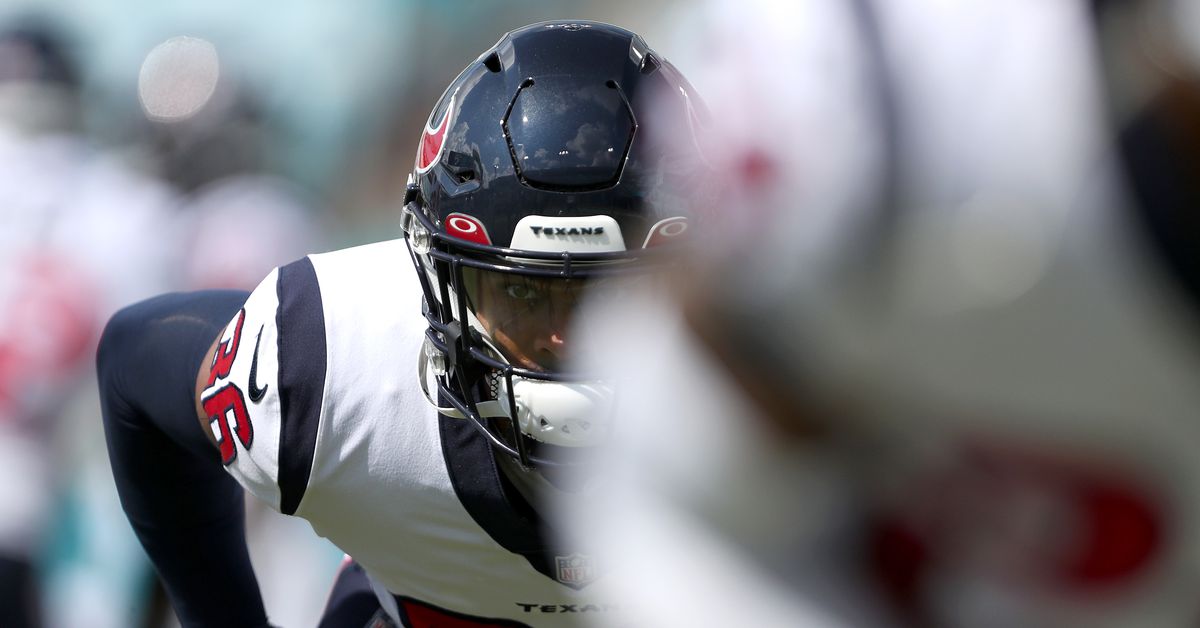 We usually do this feature with opponents of the week, but with the bye week approaching, we were able to catch up with someone covering the Houston Texans for another medium. Shaun Bijani works for Sports Radio 610 (the Texans’ flagship station). He covers the team for their website and is an occasional on-air host for the station. He also happens to be a really nice guy that I’ve known for a while, so he was kind enough to sit down and answer some of the same questions we’ve been asking for the past few weeks here.

In particular, we looked at what’s happened so far, but also where the team is heading and should be heading in terms of coaching, which players should be core players, and of course Davis Mills.

Who are you most impressed with so far on both sides of the ball? Are there any guys who surprised you in a positive way?

This season is all about rookies. They have all been impressive in one way or another. The most impressive of this year’s rookies on the defensive end for me was Jalen Pitre.

From day one, his teammates and coaches praised him for his football knowledge, character and work ethic. Nick Caserio said during the bye week that he had as good a routine as any player and his preparation was excellent.

He handles the media well. He’s thoughtful in his responses and it’s easy to tell that he spends a lot of time thinking about the things he needs to improve, whether on or off the pitch.

On the attacking side of the ball, I have to say that Dameon Pierce has impressed me the most and it has mostly to do with what he has been like off the pitch. The way he was used in attack, how slowly he was brought in, I think that would frustrate a lot of players young and old.

His lack of use in the first four weeks of the season was in disbelief. Not being on the court in high leverage situations or hitting past the six-minute mark in any game before their Week Five game at Jacksonville was negligent and he was a pro complete when asked about its lack of use. It was surprising to see from a rookie and refreshing at the same time. He is confident, hard working, has the respect of his teammates and coaches as well as the front office due to his work ethic and student approach to the game.

He constantly diverts attention from himself and acknowledges his offensive line when asked about his personal successes. The excitement he has in the dressing room every day is contagious and if he stays healthy he should eclipse 1,000 meters on the floor without a problem.

How would you rate Davis Mills so far? Do you see a path for him as the quarterback of the future or do you see us buying one at the top of the draft?

He’s a quarterback. He was one in high school and college, but it’s okay not to be one in the NFL. It’s for the best of the best and I don’t think he’s one of them or will be in the future. It’s just my gut reaction.

I’m not very impressed with him from what I’ve seen so far, compared to what a franchise quarterback should look like. To say there’s no path for him to outright succeed is foolish right now, as it’s a subjective matter to varying degrees. As for considering it a franchisee, I would say that path is non-existent.

That said, I also think Pep Hamilton is holding him back to some extent. I think the front office is too, with the talent, or lack of talent, that they’ve put around it and how they’ve underutilized staff so far. This did not put him in the best condition to succeed.

It certainly looks like the Texans will have one of the top 3-5 picks in next year’s draft. If so, they should be able to grab any quarterback they want given their draft capital. If it’s Bryce Young, CJ Stroud, Anthony Richardson, Will Levis or whoever they want, they’ll select one of those players to be their future.

How would you rate Lovie Smith and her team so far? How are they better than their predecessors? Do you see it as a longer term answer or do you think they will look for another coach in a few years?

It wasn’t going to be hard to improve on the 2021 season when it came to the look and feel of a true NFL franchise. The 2021 season has been one of the most embarrassing events in professional sports in my lifetime.

I don’t think Lovie will be around for long. He’s there to help establish a culture and develop NFL players. The Texans weren’t getting that from staff last season. There was too much outside noise, too many distractions. They had no choice in the litter, they became a laughingstock and it will continue to hurt them in free agency, but the fact is, they gained credibility by hiring Lovie as their head coach. Someone who has been widely respected by front offices and players over the years is doing it. I think if he got an injection of truth serum, he’d tell you that even though he wanted to be a head coach again, he never thought he’d get another chance with a competitor. I still believe that is the case. His days are numbered by the number of days it will take the franchise to find the quarterback of the future. If Caserio thinks this guy exists in the 2023 draft, I don’t think Lovie is back. They will hire someone who has more recent and proven experience developing quarterbacks.

We all recognize that this team needs more talented players. Which positions do you consider the most pressing? Do you expect this team to be a playoff contender in 2023 if they have another draft as productive as the previous two?

In the AFC Sud, everything is possible. They could very well be 3-1-1 going into Week 7. That’s how wild and wacky the NFL is every year, especially in their division.

The quarterback is the most pressing. They need one, and should be in a prime position or trade somewhere that can give them the guy they want in 2023.

They need to find a center and more depth on the offensive line in general, especially at the guard. They need guns at the receiver, because something tells me this won’t be the last time Brandin Cooks gets handed out. Pierce looks like an integral part of the future so they will need a strong running back. A complete linebacker overhaul seems to be on the horizon. They need to get younger and more consistent on the edge with step rushers and more consistent at defensive tackle.

That’s eight positions needed if they really want to start fighting next season. They currently have the draft capital to make that happen in the draft and financially speaking they will have plenty of room under the cap to find upgrades through free agency.

They won’t snap a finger or wave a magic wand and will meet every need in a single offseason. However, they should be able to pick up enough talent through the draft and free agency before Season 23 to put themselves in a position to contend for the division next year.

The classic question for every fan/analyst is whether you better win or lose when you’re not ready for the playoffs. Where are you with tanking? Does your answer change depending on the hat you wear? If you had your druthers, would you see them playing this season as is or would you treat a veteran or two for draft capital if a good deal came along?

I think putting players in the best possible position to succeed is always the best way to score/evaluate what improvements you need to make in the future for an organization. If a team happens to win more games than they wanted or thought and their draft status suffers, so be it. CEOs get paid big bucks to make tough decisions. It’s that simple.

I in no way believe in systematically setting up a team for failure and judging by the way the Texans used Pierce in the first four games, that thought crossed my mind in what about Texans doing just that.

Maybe it’s crazy or way off base. Nonetheless, that’s exactly how blatant I thought the staffing and usage decisions were in the first four weeks. At the very least, this was a major mistake made by a coaching staff, which is supposedly much more NFL caliber than the previous regime, which could have been coached by a high school coaching staff.

I would be shocked if the Texans traded a veteran this season for several reasons. First, who would they trade that could bring in the kind of draft capital that would get your pick of litter to quarterback, rusher, or top linebacker? Second, you need good players on this team right now and they don’t have a lot of those guys to start with who aren’t called Laremy Tunsil, Jerry Hughes or Brandin Cooks.

The veterans they’ve compiled on the roster have one purpose and that’s to help develop rookies in the last two draft classes and other young players who struggle to make it to this team when they’re ready to turn the corner, and frankly, if it’s not next year, they’re doing it wrong.

We wanted to thank Shaun again for joining us this weekend. You can follow him on Twitter @shaunbijani, but you can also read this report on Sports Radio 610’s website. It will also be on the air this Monday morning from 6 a.m. to 8 a.m. Stay tuned for the rest of the season as we catch up with our opponents at this location each week.