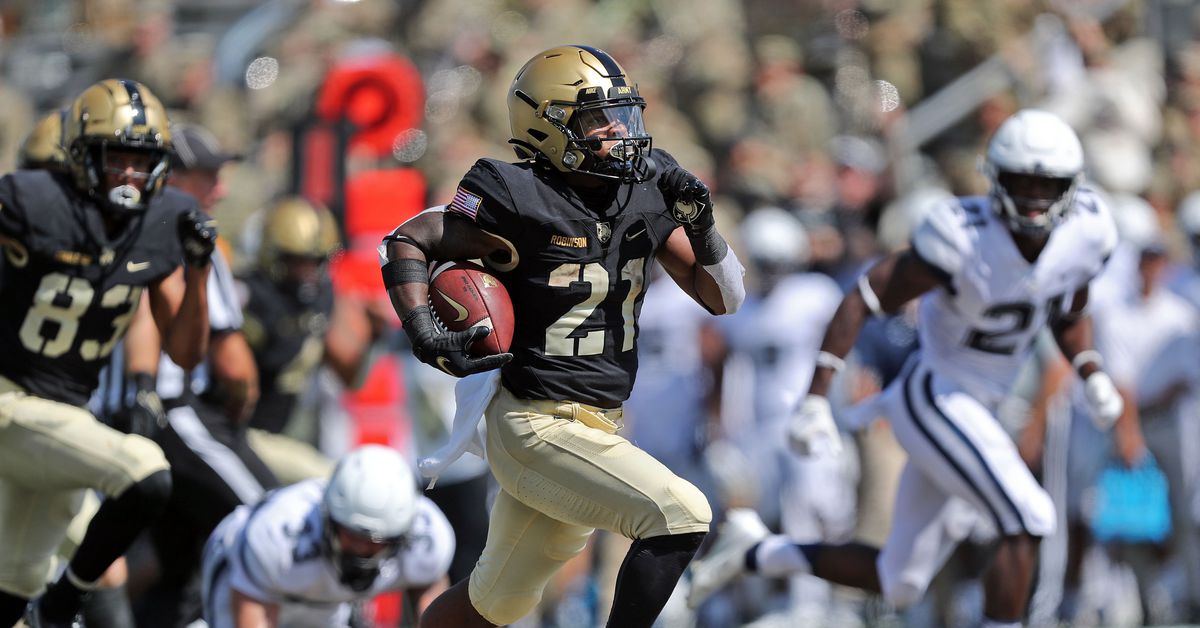 UConn pitched a new starting quarterback but had the same old result, losing hard to Army at West Point on Saturday, 52-21.

The game started off the same way as the Huskies’ first two games of the season against FBS opponents: lots of points awarded, way too quickly. Army hit the end zone on his first six possessions without giving the Huskies an inch on the other side of the ball.

UConn’s defense struggled mightily with even the simplest option as the Army broke out a bunch of big plays in the second half for touchdowns. This included: completely losing the content on the QB field to prepare for the first touchdown, getting caught with your pants down on a passing game to prepare for the second, and splitting like the Red Sea for the halfback’s dive. the fourth.

Typically, the flexbone offense the Black Knights are leading slowly crushes opponents with double-digit play, runs over ten minutes, but the Huskies were content to let them skip all that hard work. At halftime it was 42-0 Army.

The Huskies offense has also done their defense a disservice. The big news of the day was in quarterback, as real freshman Tyler Phommachanh took the reins on UConn’s offense for the first time in his college career. He didn’t look half bad, despite 11 of 26 passing attempts. UConn’s receivers didn’t help, with two bad first-half falls; both would have been gains of 15 yards or more if caught.

In the second half, UConn’s defense finally slowed down Army and the Huskies outscored the Black Knights 21-10 in the third and fourth quarters.

The Huskies’ offense finally showed a pulse in the second half, and their first score of the season against FBS competition came on the new QB’s legs as Phommachanh executed it from 38 yards. On their next possession, Brian Brewton drove 97 yards into the end zone to make it 49-14, and after an Army field goal, the Huskies were able to hit him again with architect Phommachanh. He threw a nice 50-yard pass to Aaron Turner who set up another QB goaltender who made the score somewhat respectable (and, more importantly, activated the +34.5 backdoor).

After four games, UConn is 0-4 with a -135 point differential and little hope of saving the season, even with UMass and Yale remaining on the schedule. It’s worth noting that Holy Cross beat Yale today, so there is some hope.

UConn is looking to enter the winning column next Saturday against Wyoming at Rentschler Field.