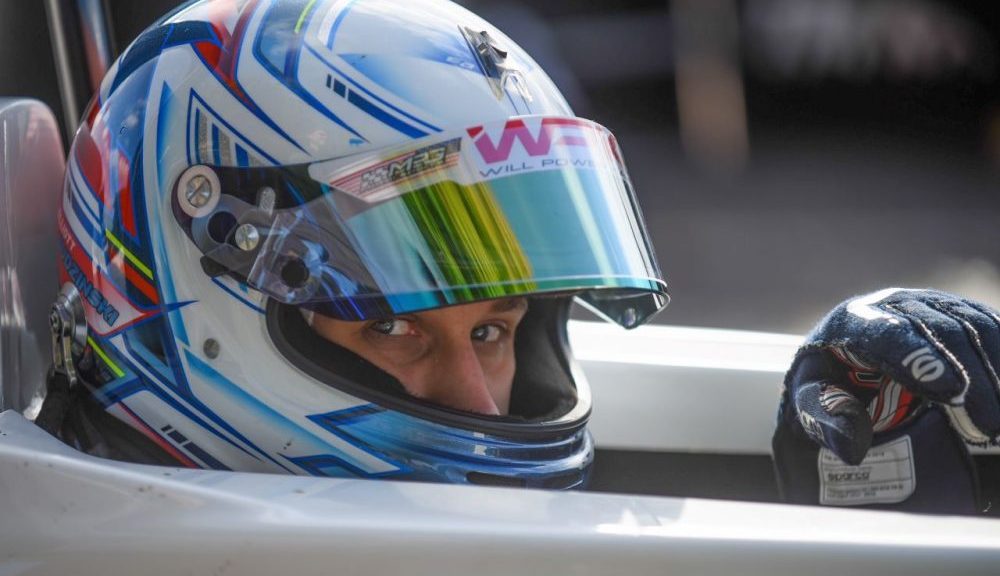 I am now two weeks into the 1.5 month long journey that the Team USA Fellowship gave me and wow, a lot has happened since my last blog.

We spent many days at a variety of circuits with the Ammonite Motorsport team, with a race meeting at Castle Combe, testing at Pembrey Circuit and then Snetterton Circuit. I couldn’t be happier with how everyone gelled. Andy Low and the whole team were incredibly professional and yet made us feel like family.

Our warm-up race weekend at Castle Combe and our test days proved invaluable, helping us better understand how this car is different from the USA one.

It was a fun challenge to ride and learn the characteristics of the Avon tire, and even though the chassis are made to the same formula, they are much more different than I expected. The car is much more lively and responsive than anything I’ve driven before. The racing rules are also very different, as many moves you can perform in the UK may be considered too aggressive in the US. Being able to stick out the elbows was an interesting change.

Although we spent most of the time testing the first week, it happened in an instant. Afterwards Thomas returned to the States to complete his racing streak which gave William and I some time to relax in preparation for the Formula Ford Festival, be tourists and learn more about the UK .

Our first outing took us to Brands Hatch for the British Touring Car Championship. Obviously my main goal being here is to race and get the best possible result for Team USA and its partners in the upcoming Festival and Walter Hayes Trophy events in the coming weeks, but a personal goal is to assimilate and learn as much as I can here. I can confidently say that so far I have learned more about driving and what comes with a career in motorsport than in all my years. But back to the BTCC events at Brands.

Thanks to Tom Arron and Colin Mann of MotorSport Vision, we were able to secure tickets for the final round of the British Touring Car Championship. What an experience it was – not only were we able to watch some incredible racing from the touring cars, but also support series including the Porsche Super Cup Britain, Ginetta Cup, Mini Challenge and British F4. We’ve had a chance to shop around and now have a better perspective on the ins and outs of a truly professional series. It was eye-opening to see behind the scenes what goes into creating an incredible motorsport spectacle and spectator event.

Sunday was one of the biggest crowds I have ever seen at a race. The stands and the room were full to bursting and the atmosphere of the event marked me. I’ve always heard of British racing fans, but it’s amazing how much energy the whole place had. The last thing that intrigued me was that it was one of the most entertaining races I have ever seen. Each round was bumping and slamming from the front of the field to the back end. You never had time to take your eyes off her because as soon as you looked away, the order was completely different.

After the BTCC we had a few days to enjoy the local scene in Milton Keynes, then on Wednesday we packed up for a day in London. We made sure to visit as many major tourist sites as possible. Visiting places such as Buckingham Palace, Horse Guards Parade, the British Museum, the Houses of Parliament and Big Ben allows you to appreciate the city’s history and the beautiful architecture that goes with it.

One of the best things about a tour around Soho and the most “real” places in London is that you can see the differences in culture and have the opportunity to understand what the people of London experience at daily. I was truly amazed by all the city had to offer and then it was back on the train to Milton Keynes.

This weekend William and I set out again, this time for the GB3 and British GT Final at Donington Park, again made possible for us by the kind people at MSV Media who provide us with passes and hospitality . It was great to get a taste of what GB3 has to offer and to be able to visit Max Esterson and Bryce Aron – former Team USA scholarship winners who now race in the series – and to have another chance to watch amazing British racing.

And then in a few days we will be immersed in the preparations for the Formula Ford Festival. I can’t wait to experience for myself the thrill of racing and the energy of British racing fans on the other side.

All my best from the UK, Elliott