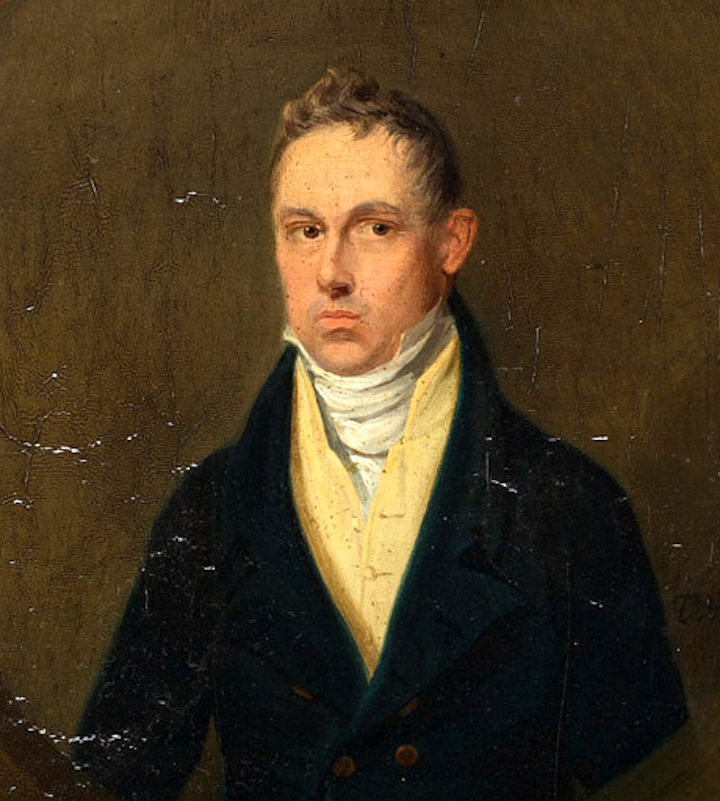 Perhaps the best known Prestonian is Edmund Robert Harris. He was born in 1804 and died in 1877, a wealthy man who bequeathed his immense fortune to the city.

Edmund lived in a number of famous buildings, including the Free Grammar School house in Stoneygate and the now demolished Whinfield House in Ashton.

His fortune was used to fund a number of public buildings, including the Harris Museum and the Harris Institute. Later in life, Edmund became a recluse and an enigma; very few images of him survive and no photographs were taken. The Harris family remains a mystery with only a few known contemporary descriptions.

However, we can follow his life and times through the buildings he inhabited or helped create.

The home of the Free Grammar School, Arkwright House

At the beginning of the 19and century, the Harris family lived in the house of the Free Grammar School. This is where Edmund’s father lived, as headmaster of the school. The family had four children, with Edmund and his brother later becoming lawyers. The building was erected in 1728 and became famous when Richard Arkwright developed his spinning machine in one of the back rooms.

Read more: Richard Arkwright, dances with the devil in Preston

After leaving school, the Harris brothers entered the legal profession. They first interned with their uncles, Edmund and Jonathan Lodge. They later took over their practice in Chapel Street, near Winckley Square.

In 1862 the Harris brothers moved to Whinfield, a large house overlooking the River Ribble in Ashton. The house included a dining room, a living room, a library and several bedrooms. There were also servants’ quarters. In addition, the cellar would contain more than 500 dozen bottles of the best wines.

Edmund’s brother died in 1875, and Edmund died in 1877. At the time of his death, he was heir to the entire Harris fortune. He had made it known that most of the money was to be used for charity and to construct public buildings in Preston.

Initially, £100,000 from the Harris Bequest was used to build an orphanage. This was to be built on the Crow Trees estate in Fulwood. Twelve acres of land were obtained for £4,800 and construction began in 1885.

The Harris Orphanage was a progressive institution where children lived in family groups of 15 or 20. It was not a massive building but a collection of villas around a central green.

The building took over ten years to construct and was designed by local architect James Hibbert. The neoclassical design went against the dominant Gothic style, as was the case with the town hall.

The Harris Bequest also funded the Harris Institute, which was used for technical education.