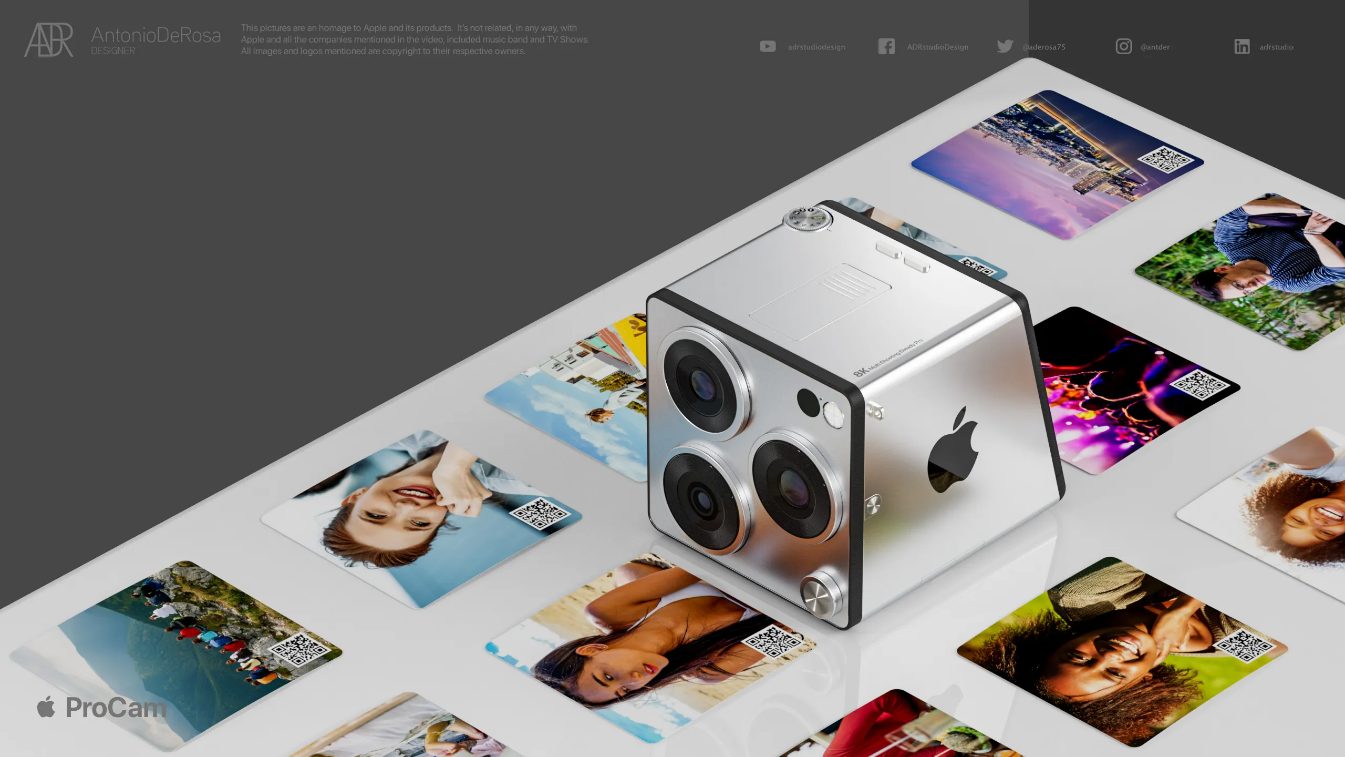 A recently released concept video and a series of concept images by Antonio De Rosa from ADR studio design imagine what a standalone professional camera from Apple could look like.

While most of the concept imagery is based on leaks or upcoming product reports, De Rosa’s imagination of the Apple ProCam is an entirely independent thought experiment. It’s simply the designer’s answer to the question “What would a professional camera made by Apple look like?” “

Some of the absolute highlights of this vision for a professional camera from Apple are the built-in inkless photo printer and interchangeable lenses, which add much-needed modularity for professionals. De Rosa also imagines a powerful Apple M1 chip under the hood.

The idea of ​​a standalone professional camera might not be as foreign to Apple as you might think.

However, the Cupertino, Calif.-Based tech giant has already hit hard with its iPhone cameras, which are used by professional photographers and videographers around the world. Launching a standalone camera no longer makes sense, as they are becoming niche products for smartphones.