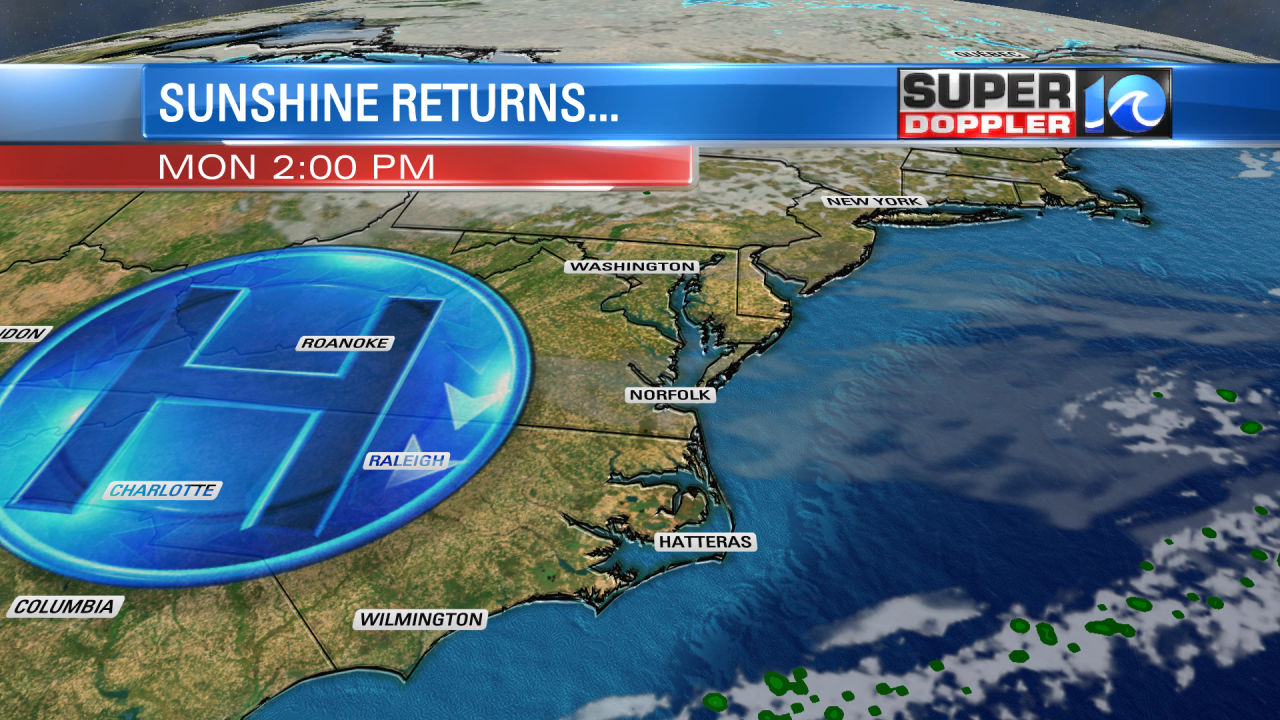 We’ve moved the clocks forward, but it feels like we’ve moved backwards in the weather. Our highs today will only be in the 40s, which we are more used to seeing in January and February than in mid-March.

Winds won’t be as strong today – only in the 10-20 mph range for some gusts. We will sometimes call it windy. It’s windy enough to make it still a little cooler there, but the sun should counter that and make it at least a little nicer than Saturday afternoon.

Speaking of Saturday afternoon, did you see any snow? ! A fairly impressive band of snow has settled over parts of the interior south side. We have received reports from much of the region of at least snowflakes falling from the sky. Some areas recorded a slight accumulation. Fortunately, no reports of problems. Near Richmond and towards Charlottesville, the snow may have stuck more. Some places saw decent buildup in these areas.

Check out the view from Shenandoah. Skyline Drive was covered in snow and blizzard conditions were even reported in some spots!

Okay, back to our local weather. Across Hampton Roads and NE NC we can expect to see good sunshine Sunday and Monday as the high pressure takes control. This will result in chilly mornings, but decent afternoons. We will fall into the 30s tonight and start in the 30s Monday morning, but bounce back into the upper 50s and low 60s Monday for the highs.

This area of ​​high pressure remains the dominant feature of our weather through Wednesday. Another batch of moisture will approach our area giving us some showers. A few of them could persist Thursday morning as well. It will be slightly cooler with the additional cloud cover and rain showers.

I hope you are having a good Sunday!