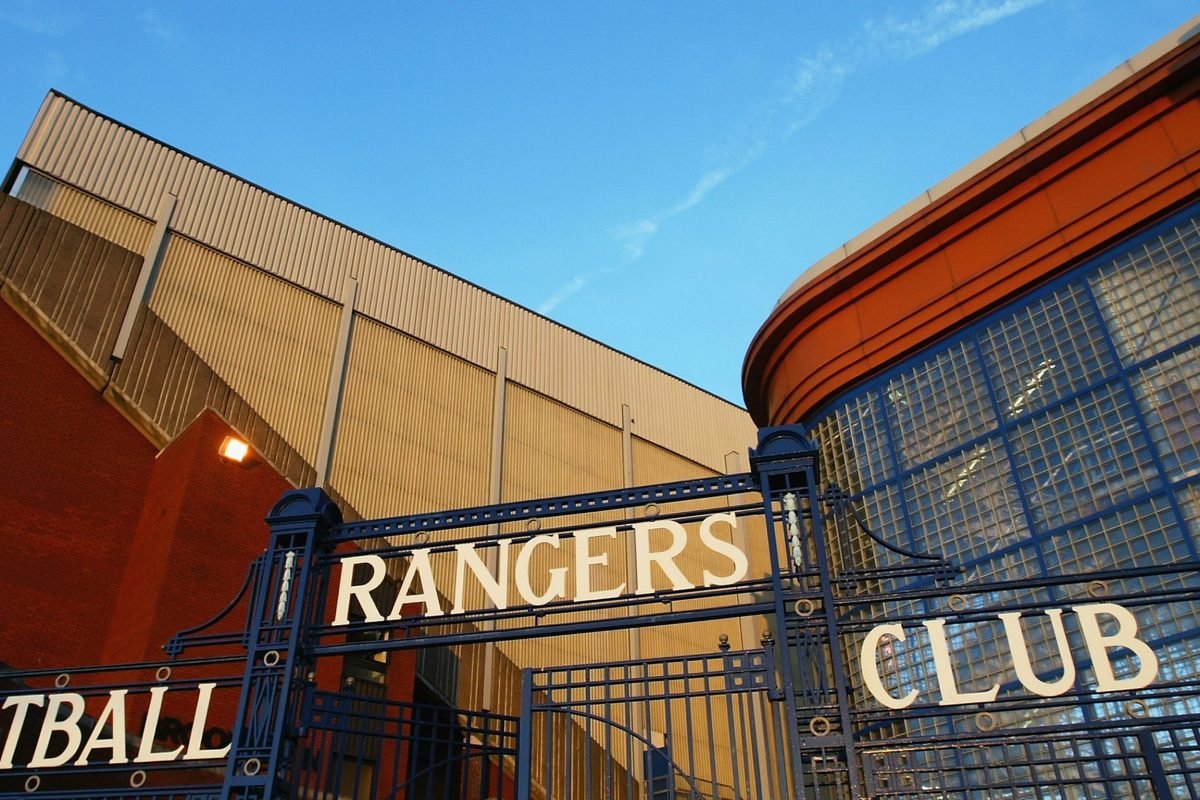 Occasionally, but not very often, I’ll venture to the Ibrox blogs to see what the background music sounds like.

I thought, in the current climate, it would be interesting to take a look.

Especially since loyalty has been in overdrive since the death of their beloved queen.

Of course, this is the woman they tried to dupe out of several millions in tax payments.

She, who duly saw to it that they were consigned to the grave.

The irony of all this does not escape me, don’t worry.

It’s also amusing to see their failure to try to launch a cohesive argument in opposition to the things Celtic fans are talking about.

Take the current situation with one of their favorite sons, Kyle Lafferty.

Apparently, we are in “crisis” because of Lafferty’s behavior.

This, coming from a club that crumbles if one of its players is rightly sent off in the domestic game.

This article is so laughable and so open to ridicule that I decided to do it.

I will lay it out in all its glory and add my own comments.

You have to see it to believe it, so here it is:

“As so many Rangers fans have struggled to point out, Celtic fans’ response to Kyle Lafferty’s indiscretion is not just an absolute brass collar, with Parkhead’s best happily using the same terms to their subject, but the hypocrisy of their shameful abuse of the Queen resonates even worse.

That’s what I find most amusing, “with the best of Parkhead happily using the same terms about themselves.”

Yeah, kind of like an African American using the “N” word to describe themselves.

Doesn’t that mean they’ll accept you calling them the “N” word, does it?

Of course, when your club revels in racism of all kinds, the context of that escapes you a bit, doesn’t it?

Don’t even start with “abusing” the queen.

I have traveled this road many times before and the “crown” is not the queen. 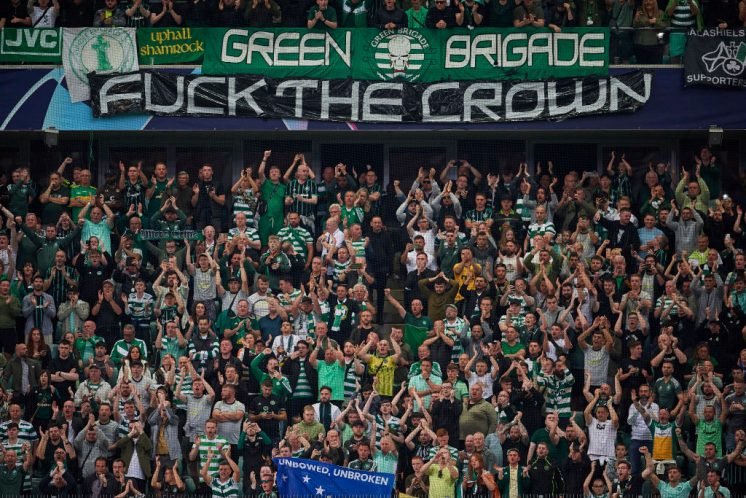 “To sum up, thousands of Celtic fans are allowed to display offensive banners for the world to seeabout Her Majesty, without any repercussions, but a footballer can’t say something quietly on the pitch without losing his international career?

What did Kyle Lafferty quietly say on the court?

He loses his international career for having said something discreetly on the ground?

I thought it was something completely different. Something that happened in a nightclub recently.

You will have to excuse my ignorance.

Is someone playing the ignorance of his readership?

Well, he certainly plays the gallery with his next paragraph:

“It’s almost as if it’s because he’s a Rangers man saying something against the Celtic fans – it just can’t be tolerated. While the Celtic fans en masse are giving the queen of disgusting abuse in public, on TV, seen by millions of people around the world, is that all right?” 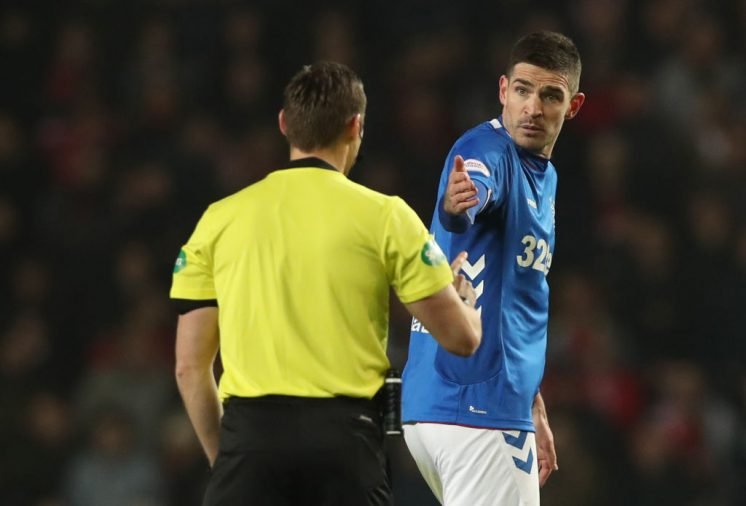 Enough with using the Queen as your crusade for justice, seriously man!

Where has this happened before?

Well, you know, we should just tolerate it this time, because it doesn’t happen that often.

And King Charles is not a Protestant.

This next segment is only “staggering” in its ignorance:

“The utter shamelessness of these fans is completely astounding, and if it weren’t so dangerous, it would be laughable.

It’s close to the thought police of Orwellian 1984, where you’re not even allowed to think about anything the government doesn’t like, in this case pro-Celtic republicanism, and Lafferty is the one who pays.

Yes, our shamelessness is completely astounding, something we should be ashamed of.

When was the last time we split our own downtown twice?

When was the last time we looted a town in England, described as Manchester’s worst night since the Blitz?

And while I’m at it, when did we shower Ibrox coaches and players with bottles and glass?

When was the last time we sang about kneeling in your some blood?

Get a fucking jack man!

As for Orwell’s 1984 and the Thought Police?

No one is stopping your fans from singing their hate anthems.

In fact, you are escorted by the thousands through the streets of Glasgow by the police to sing the rubbish you are doing about our fans.

Every game day, 50,000 of your fans say loud and clear that they’re knee-deep in our blood.

You don’t have the first clue of what 1984 depicts and you clearly haven’t read it if you think what we’re doing sounds like anything close to the content of that book. 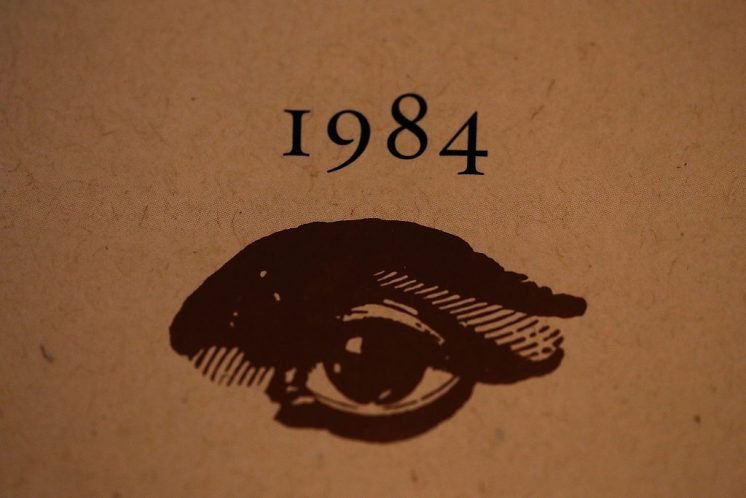 We are defending exactly what was taken down in 1984.

Wait for it though, the piece de resistance is yet to come:

“Let’s be clear, we never condone what he said any more than we condemn what Celtic fans did – but the reaction to Lafferty is clearly uneven compared to what was inflicted on Celtic. AKA a reaction massive to a small thing and consequences, versus a massive reaction to a big thing and absolutely no consequences.

First, AKA is used to indicate another name that a person or thing has or uses.

The beginning of your sentence makes no sense. I think ERGO is the word you are looking for.

We uneducated Taigs shouldn’t know that stuff, but we do.

Second, you don’t think it’s a small thing because you do it all the time.

ERGO is small in YOUR the eyes. Not with us!

Because it’s been going on for years.

Third, there will be no consequences to this great thing you refer to, because in the real world the rest of humanity outside of Engerlund and Govan doesn’t care about the monarchy.

Finally, racism in any form is unacceptable and yes, that includes anti-Irish racism.

I guess when you’re rarely called, it’s a lot harder to understand.

But times are changing.

And yes, I agree with you on one thing, that’s the way things are these days.