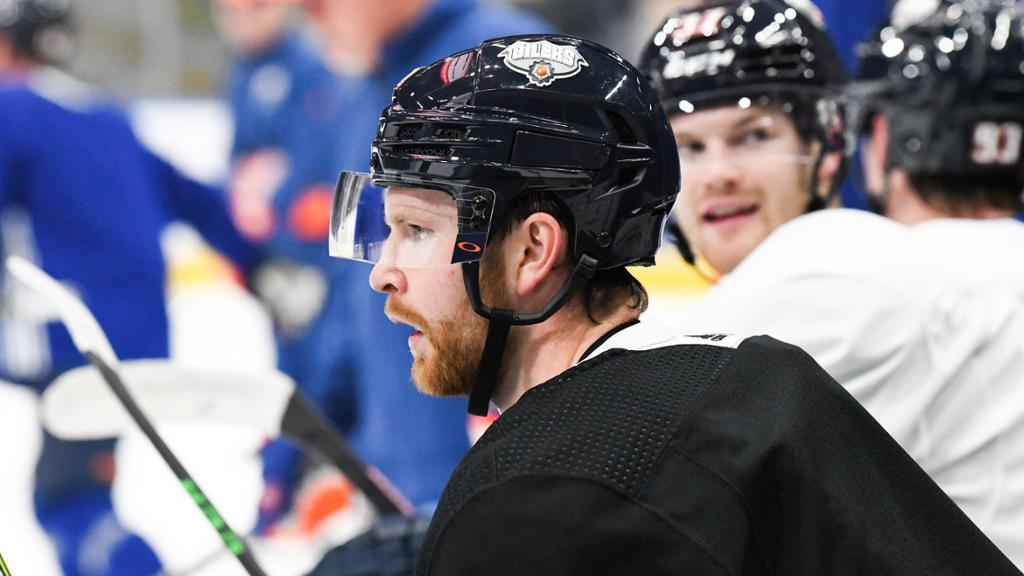 EDMONTON, Alta. – “I think they were like, ‘This guy does scary comics and he lives near Phoenix, that’s going to be an aberration,'” comic book artist and former Oilers minority owner Todd McFarlane told EdmontonOilers. .com in 2016.

McFarlane, who was best known in 2001 for his creation of the “Spawn” comic book series, played a pivotal role in designing the club’s alternate jersey which would mark the first time the franchise departed from its iconic crest.

The former Oilers minority owner was well-regarded in the comics industry for the way he portrayed Spawn with more spider-than-human qualities, and the club had already dived into alternate colors in switching to Copper and Blue from Orange and Blue in 1996, but the 2001 alternative was an entirely new venture for the franchise.

Now, 21 years later, the design holds “cult classic” status and is set to be revamped and revived for the first time on Wednesday night when the Los Angeles Kings travel to Rogers Place.

The Oilers took to the ice for skating on Tuesday sporting their new dark blue helmets adorned with new decals, giving themselves and the hundreds of season seat holders in attendance for open practice at Rogers Place a little taste of what coming up on Wednesday.

Connor McDavid, who was the first player to be re-adorned with the club’s classic orange and blue in 2015 when he walked across the stage in Sunrise, Florida as Edmonton’s first-choice, is delighted to get the most out of it. against the Kings for what will be his ninth different Oilers jersey worn in his eight-year career.

“I haven’t seen it all put together,” he said after practice on Tuesday. “I’m looking forward to it. Looks like it’s going to be a nice shirt.”

Goaltender Stuart Skinner was a regular fixture at Rexall Place during the McFarlane era from 2001 to 2007 as a huge Oilers fan in the stands hoping to one day wear the team’s jersey — more specifically, his all time favourite.

“I love it,” Skinner said. “Growing up it was my favorite jersey actually, so every time I went to games at Rexall I always hoped the Oilers wore that logo.”

“Actually, I don’t think I’ve owned one, but it’s my favorite. It’s kind of surprising.”

The Edmonton, Alta. product has already achieved his biggest goal of being part of the Oilers as he continues to carve out an NHL career, but on Tuesday he will be the first goaltender to take the crease in the new McFarlane Reverse Retro jersey when he starts against the Kings.

Tickets for Wednesday’s jersey debut, as well as the four remaining occasions, can be purchased here.