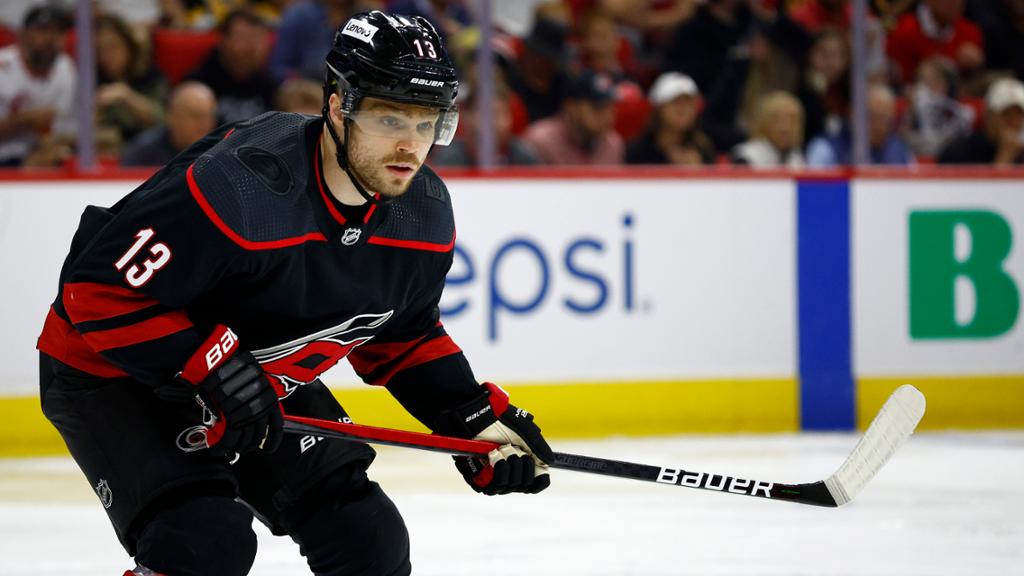 When Max Domi left the ice for the last time in the 2022 season, donning the red and black Carolina Hurricanes jersey, the free agent forward didn’t know exactly where he would go next, where his next home would be. Yet almost exactly a month later, when the Blackhawks announced Luke Richardson as the organization’s new head coach, Domi dialed his agent’s number and had only one thing to say: “I want to go to Chicago.

“He’s probably one of the nicest, humblest, most calming guys to talk to about hockey that I’ve ever met,” said Domi, who played two seasons with the Canadiens while Richardson was assistant coach. “It’s not by mistake that he got a head coaching job in an Original Six organization. Luke is one of those guys that you’re excited to go to fight for every night, you’re thrilled to learn. He’s the kind of guy who shows his players so much respect…and you want to work for a guy like that. He’s someone I’m very close to in the game and I’m so excited for him, for the opportunity he has to be a head coach, especially for Chicago, and going to play for him is something I wouldn’t pass up.”

Although Richardson was Domi’s selling point, it wasn’t the only factor that drove him to become a Blackhawk during free agency. Growing up watching Kane and Toews carve out a place at the United Center, a young Domi once dreamed of playing for Chicago, even though his father Tie, one of the NHL’s best-known enforcers, played for the Jets, Rangers and the Maple Leafs. . Now that dream is a reality.

“There’s a reason why I chose [Chicago] and I just can’t wait to go,” Domi said. “I was young enough to watch the Hawks and they won all their Stanley Cups with Kaner and Toews, so to be able to see that as a kid, and now have the chance to wear that sweater with those guys is going to be enough. special.”

Domi, a Winnipeg native, was drafted in 2013 by the Arizona Coyotes in the first round 12th overall. After his NHL debut in 2015, the forward had stints in Montreal and Columbus before being traded to the Hurricanes at the end of last season. During the 2021-22 campaign, Domi had 39 points (11G, 28A) in 72 games between the Blue Jackets and Hurricanes, and also appeared in 14 playoff games with Carolina, totaling 6 points (3G, 3A).

Thanks to his time with Arizona and Columbus, Domi will reunite with former teammates in Connor Murphy and Seth Jones. Despite a fight between Murphy and Domi in a game against the Blue Jackets shortly before his transfer to Carolina – which Domi joked about during his press conference he was waiting to be asked about – he is delighted to rekindle his friendships with the two defenders.

“[Murphy] was one of my best friends Arizona and he knows that sometimes when my change happens like that, it doesn’t matter who it’s just the reality of the game, but we had a good laugh about it,” Domi said. “Me and Murph are thrilled to play together again. I mean, I love him to death and he’s a hell of a hockey player, but even better and I can’t wait.”

“I was lucky enough to play with him in Columbus and grew up playing against him to some degree, but he’s a quiet guy who leads by example,” Domi said of Jones. “He has a presence about him, a big man who works very, very hard…. He’s a very special player, and he’s a guy who is obviously one of the best at his position in our game and we We’re very lucky to I’m really excited to be alongside him rather than against him because he’s not easy to play against, but it’s a lot of fun to play with him.

As September’s training camp approaches, Domi’s excitement for his time in Chicago only increases. While he’s aware of the organization’s current rebuilding goals, he sees it as a chance to potentially establish himself as a Blackhawk.

“In this case, it’s a year and I’m just focused on getting there for training camp and I’m super excited to meet some other guys and obviously go to Chicago and visit the city,” Domi said. “But personally, I hope it works out and I’m here for a long, long time. All I can really do is be a pro every day and try to do your best on the ice, be the best teammate I can be. and consistently get the best. That’s what I’m going to do.

Regardless of the outlook for the upcoming season, Domi expressed how pleased he was with his decision to come to Chicago, especially given the opportunity to surround himself with legendary individuals such as Kane, Toews and Richardson. .

“The chance to play with these two guys and wear this jersey, and play for Luke, was the main reason I chose Chicago and I’m super happy with that decision,” Domi said. “I can’t wait to get started… Luke knows what I’m capable of for sure, and he believes in me and that’s all you can really ask from a manager-player relationship. I’m just happy to help everywhere where he lined me up, with whoever I play with. I’m just really, really excited about this opportunity. It’s going to be a lot of fun.