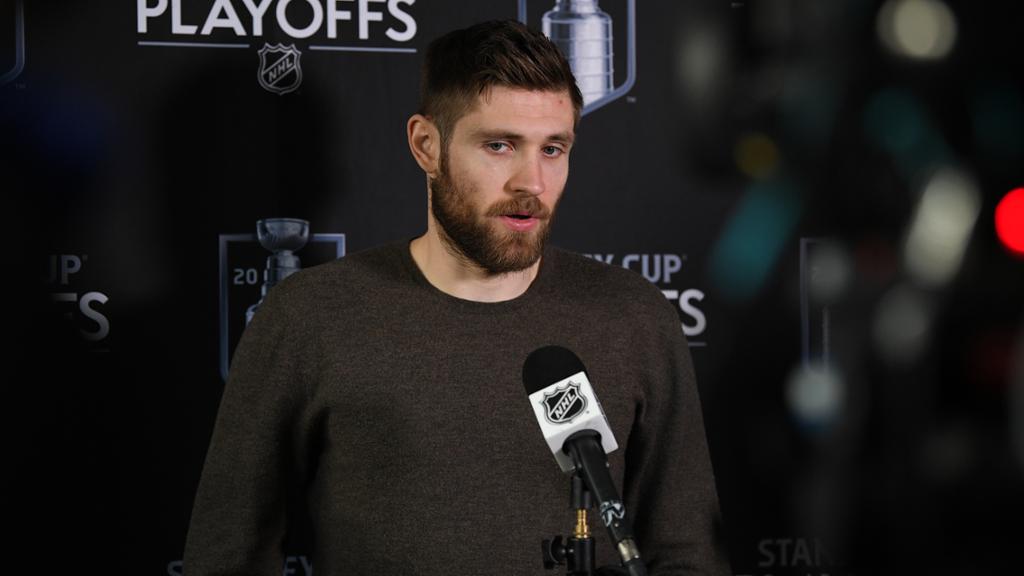 DENVER, CO. –The Edmonton Oilers took a flight back to Edmonton on Friday morning ahead of Game 3 of their Western Conference Finals game with the Colorado Avalanche at Rogers Place on Saturday night.

Before the departure of the team, Ryan Nugent Hopkins, Leon Draisaitl and head coach Jay Woodcroft spoke to media at the team hotel about losing Game 2 on Thursday night and using their home fans at Rogers Place to get back into the series starting with Game 3 Saturday night.

“I think it will be a tight game,” said forward Leon Draisaitl. “I felt last night was a lot tighter apart from the three minutes we fell asleep for a second there, but that’s why they’re so dangerous. You fall asleep for a split second and they take advantage .”

The Oilers lost Game 2 at the Ball Arena on Thursday by a score of 4-0 to fall to a 2-0 deficit in the series. Edmonton weathered the storm from Colorado in the first period of Game 2 thanks to six minutes of shorthanded hockey – including 1:31 of a 5-on-3 penalty kill – in a strong first period for the Orange and the Blue who was defeated by three goals from the Avalanche in 2:04 of the second period.

“Each team presents unique challenges, and they have unique players who do certain things well and there are certain things we would like to do to negate some of their strengths,” Woodcroft said. “I thought yesterday the first half was a really competitive one; chances both ways and we killed six minutes of powerplay and almost two full minutes of 5v3. It was good signs for us and we had a few chances to score the first goal.

“I thought the game slipped away from us in a three-minute window and that’s something we can definitely clean up.”

The Avalanche played a quick game and used turnovers over the goal line in their defensive zone, countering quickly in transition after the Oilers were unable to sink the puck, win the runs and make it difficult for defenders to recover the puck and complete breakout passes.

“It’s something we talked about. It’s not just about getting pucks behind them — it’s about timing it right so we can hit the pucks first and they don’t have an easy escape,” Nugent-Hopkins said. “They skate well there so we have to make sure we stop them and get past them so they can’t jump next to us making it a 3-on-2 or 4-on-3 rush. towards.

Nugent-Hopkins continued, “You have to win lines. You have to make sure it goes all the way. You can’t have these little turnovers at the top of the circles. They turn it around and come right back. That’s their game, they’re fast that way, so it’s something we can do better and adapt to. I’m pretty confident that our group can find a way to be better in this situation.

What encourages the Oilers players and Coach Woodcroft is their belief that their best game has yet to come out in this series in the first two games. Home ice in those next two games will help that aspect, with Edmonton going 4-2 this playoff at Rogers Place with a 24-12 goal differential.

Above all, the trust in each other inside the Oilers locker room has not wavered after going through much adversity and hardship through the regular season and playoffs to advance to the finals of the Western Conference. The fightback will begin Saturday night inside an electrified Ice District and Rogers Place with support from Oil Country, which hasn’t hosted a Conference Finals home game in 15 years.

“I think it’s mostly about sticking together as a team, talking to each other as a group, and staying positive,” Nugent-Hopkins said. “Everything we say in the room is positive. We know we can do the job, and we know that’s our mindset. We don’t let that doubt creep in, we don’t let it fuel whatever it is. It’s about staying positive in our group and lifting each other up.”

See all of Friday’s written and video content below: