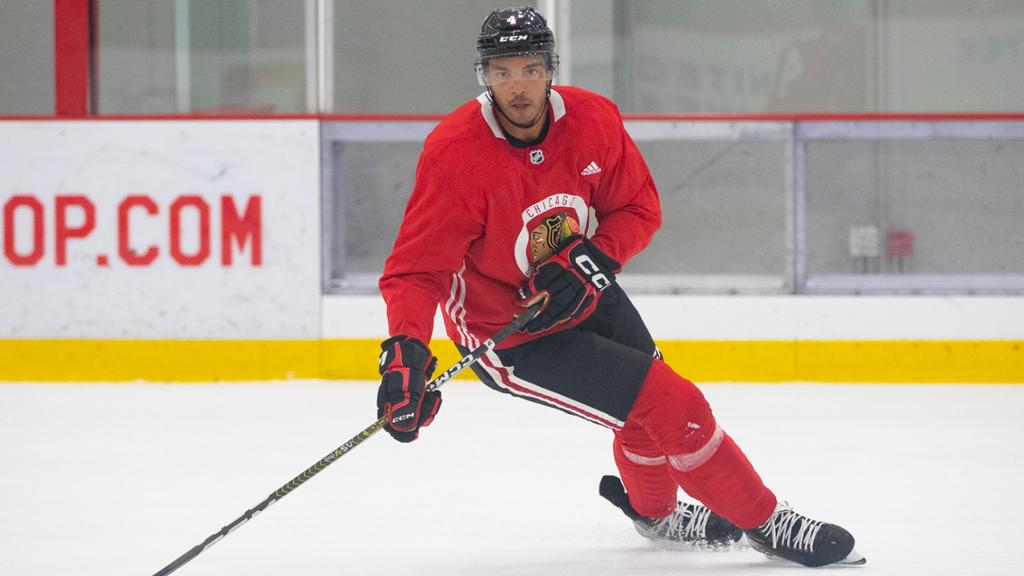 Head coach Luke Richardson opened up a cold one ahead of his post-practice press conference Monday at Fifth Third Arena.

He was celebrating the launch of the Blackhawks Pale Ale – giving reporters a tour of the new beer that hit stores on Monday, a collaboration between the team and Goose Island Beer Co. But he was also likely to toast the latest practice of his team’s training camp ahead of the first preseason game against the St. Louis Blues on Tuesday night at the United Center.

Now, as they enter their second week of training camp, the Blackhawks are staying true to Richardson’s mission to keep the game plan simple and straightforward.

“When your job is laid out for you,” said the forward Tyler Johnson in the locker room after practice, “It helps everyone. It really does. And Luke has done a great job of that.”

The team again held split training sessions, with Team A training in the morning and Team B in the afternoon. Coach Richardson led the power play and shooting practice for the majority of the sessions.

“I think there are great opportunities for everyone at the moment for great roles,” the striker said. Philip Kurachev. “Everyone wants to help the team as much as they can. I think there are openings and I try to take some.”

Defender Kevin Korchinsky continued to impress the team at his training camp. Beyond his elite skating, Richardson praised the 2022 first-round pick for his coaching ability. He cited a moment during power play practice when he spoke with Korchinski about his positioning.

“[After] giving him a little pointer he adjusted and ended up scoring,” Richardson said. “It shows how good a player is and [how] coachable, it’s just giving them a little instruction, and [then] he executes right after that.”

Forward Mike Hardman sat out practice on Monday with a groin injury.

Luke Richardson’s game plan for tomorrow: Petr Mrazek and Alex Stalock will split time in goal as the veteran Jack Johnson will not play.

“He played until the middle of June,” Richardson said of Johnson, who last year played for the Stanley Cup-winning Avalanche. “He looks good on the ice, he doesn’t need to play. His body probably needs a rest.