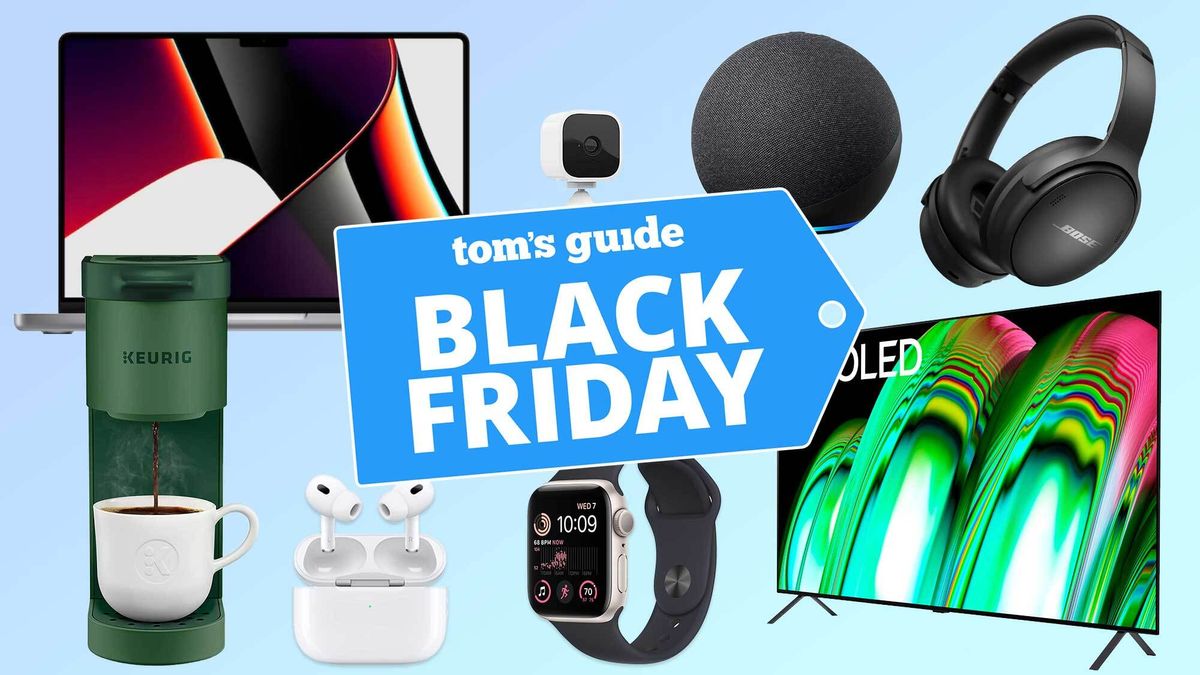 
I’ve seen cheap coffee machines before, but this one beats records. Walmart has the Keurig K-Express on sale for $34.99. It’s a great deal for the casual coffee drinker who doesn’t want the hassle of buying/grinding coffee beans. (This model relies on K-pods). As of this writing, only the black model is on sale for $34.99 – all other models are $55.


The XPS 13 is one of best laptops you can buy. It’s sleek, powerful, and can be used for just about any task. Deals on this laptop are very common, but this deal is one that I personally like. It’s not the cheapest price, but it offers one of the best specs. For $999, you get a 13.4-inch 1920 x 1200 LCD, Core i7-1250U CPU, 16GB of RAM, and a 512GB SSD. That’s the kind of spec sheet you can sink your teeth into. teeth ! If it’s too rich for your blood, Dell has another configuration on sale starting at $749 (opens in a new tab). The only differences are that the cheaper system comes with 8GB of RAM (instead of 16GB) and you also get a Core i5-1230U processor (instead of Core i7). Both are good deals – it just depends on what you plan to do with your laptop. (Personally, the 16GB of RAM makes your rig a bit more scalable).


Yes, these are Apple’s entry-level buds, but the 2nd generation AirPods are still a solid pair of wireless earbuds. Currently, Amazon has them on sale for just $89. That’s a good price, but keep in mind they were briefly on sale for $79 during October’s Prime Day event. Does this mean that they will reach this price level again in the next few days? Maybe. But even at $89, they’re a steal and great for everyday use. They use Apple’s H1 chip to quickly connect to your Apple devices. They also feature hands-free Siri. That’s right, instead of having to type your Siri requests on those long, thin AirPod stems, you can just say “Hey Siri” and launch Apple’s digital assistant.

If there’s one thing every Black Friday sale has, it’s TV deals. I’ve always said that you can find great TV deals any time of the year (Super Bowl season, Labor Day, etc.). However, November/December offers the absolute lowest prices. For example, you can currently get the 75-inch Samsung TU690T 4K TV for just $579. That’s $270 off and the cheapest price we’ve seen for this set. It’s part of Samsung’s entry-level Crystal range, but you get HDR10 Plus support, Alexa/Google Assistant/Smart Things compatibility and Samsung’s Tizen operating system. Chances are you won’t see any other Samsung TV in this size range at this price.


If you asked me what the best deal I’ve seen so far this month is, I’d point you to this Echo Dot deal on Amazon. I know what you’re thinking – not another Echo Dot deal. But listen to me.

For select Prime members only, Amazon is offering its 3rd Gen Echo Dot for just $0.99 via coupon code “PRIMEANNIV”. It’s just a crazy price. However, there are a few caveats worth noting. First, you must log in to your Prime account to see if you are eligible for this offer. Amazon states that you must have either 1) received an email from Amazon regarding the promotion or 2) seen advertisements on Amazon.com to be eligible.

Personally, I haven’t received any emails and I haven’t seen any ads. I just logged into my account, saw the Echo Dot for the list price of $39, applied the coupon at checkout, and voila! It worked. Even if you already have an Echo Dot, this deal lets you add Alexa to any other room in your house. Heads up! The deal is valid until November 16 at 11:59 p.m. (PT).