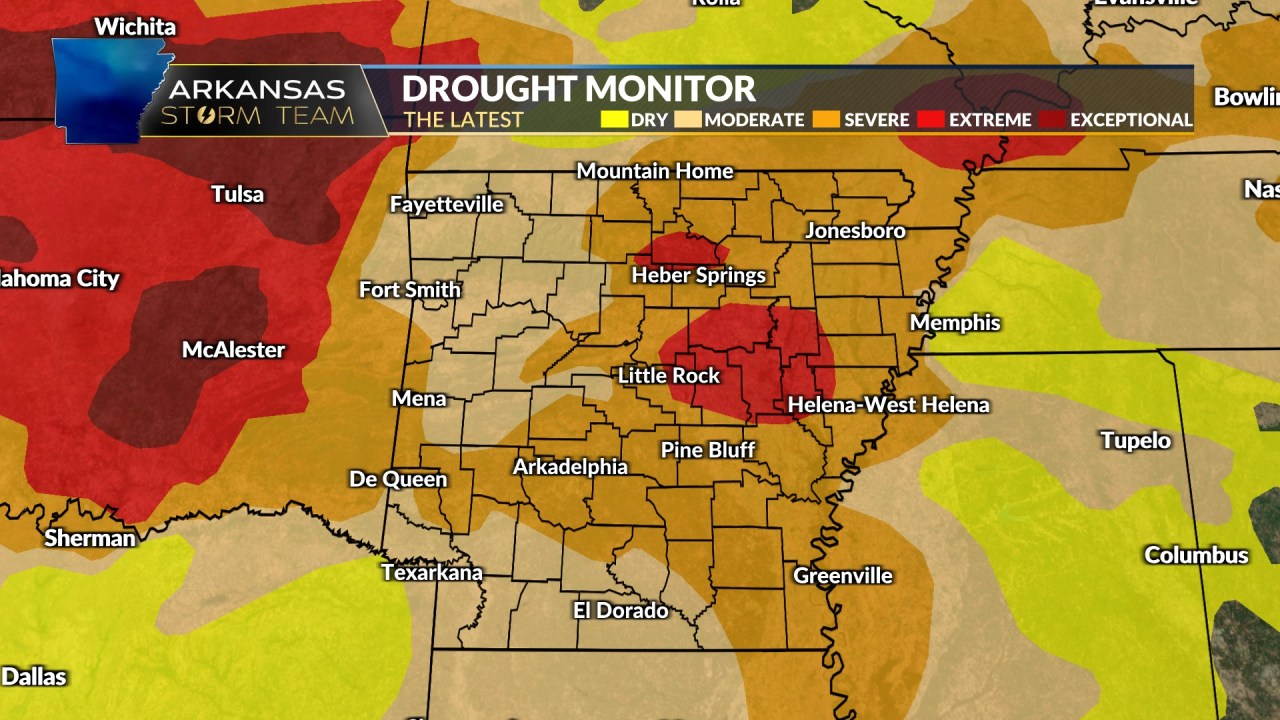 The severe drought area is the most notable change. This went from 80% to 65%. The area of ​​extreme drought has also shrunk by about half, from 18% to 9%.

While in the new Drought Monitor the entire state still remains in some type of drought condition, the severity level is down slightly from last week.

Burn bans also continue to improve with recent rainfall. As of the morning of November 3, only seven counties in Arkansas remained under a burning ban; Lee, Hempstead, Miller, Lafayette, Columbia, Ashley and Chicot.

Although recent rainfall has improved the overall dryness in Arkansas, more rain is needed. The good news is that the end of this week brings additional chances of rain. For many areas, this precipitation appears to be quite significant.

The next storm system expected to arrive in Arkansas late Friday evening brings the possibility of strong to severe storms, as well as heavy rain in some areas.

For more details on our severe weather risk, you can follow the link below.

With those storms expected late Friday night, heavy rain looks very likely over far western Arkansas in parts of Oklahoma. Central Arkansas could see about 1-2 inches, with about 1 inch likely in eastern Arkansas.

The Weather Prediction Center also highlights western Arkansas under a slight chance (15%) of excessive precipitation. The rest of the state is at marginal risk (5%).

While widespread extreme weather is not desired across the state, it appears that potential rainfall could be very beneficial to the current drought conditions.